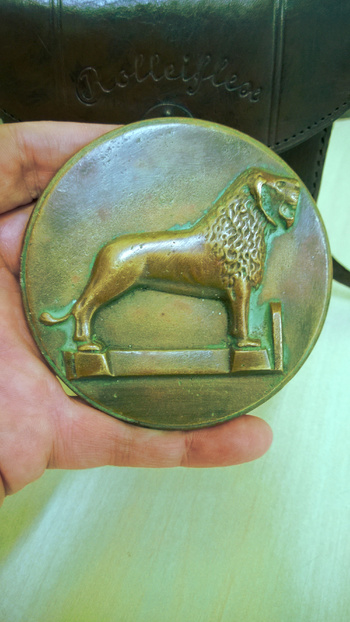 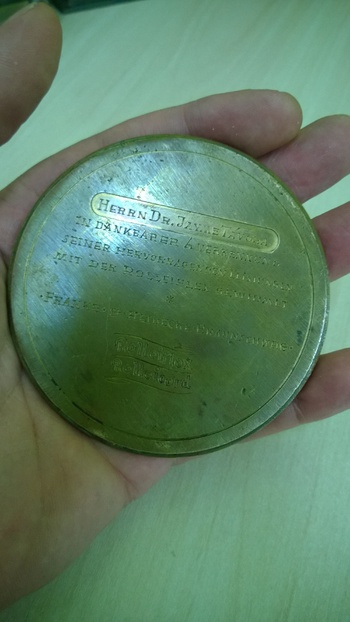 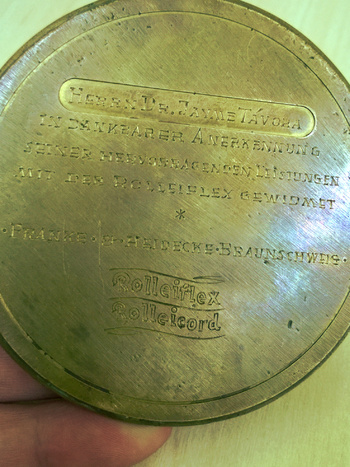 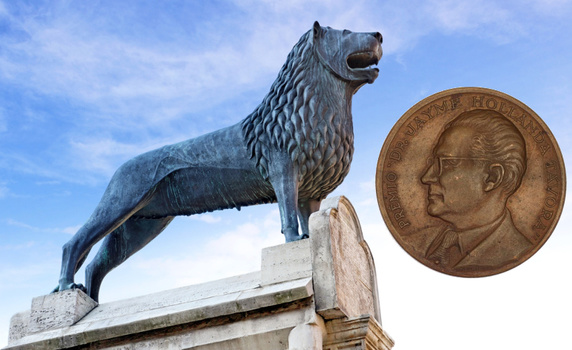 Another rare (as far as I could investigate) find related to Rollei Werke / Franke & Heidecke, the company that created the legendary Rolleiflex twin reflex cameras back in the 1920's.

This is another piece that will require lots of research...oh my...

The medal measures 8,5cm in diameter and weighs about 90 grams. It is made of bronze and has a beatiful greenish patina in some places.

The obverse shows the Braunschweig Lion, a symbol of this Lower Saxony city, where Franke & Heidecke company was born.

The reverse is engraved:

It translates more or less to: "Dr. Jayme Távora, In Grateful Recognition of His Outstanding Performance With The Rolleiflex, Dedicated by Frank & Heidecke - Brunswick".

This Dr. Jayme de Hollanda Távora was a member of the second amateur photography club founded in Brazil, in 1923, and called Photo Club Brasileiro. There's few information about him but in the 1960's, a Brazilian photography magazine called "Fotoarte" promoted an award bearing his name. He died in 1957. That's all I could find about him.

I wasn't able to find another medal like this. I will start to ask around and will edit this post if I have new info.

The last picture is the Braunschweig Lion statue and the only picture I could find of the "Dr. Jayme Hollanda Távora Award".