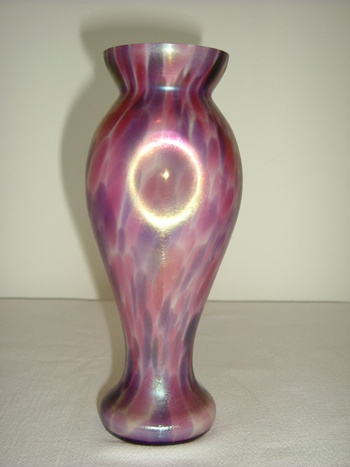 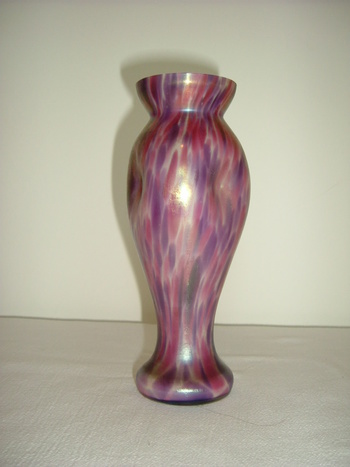 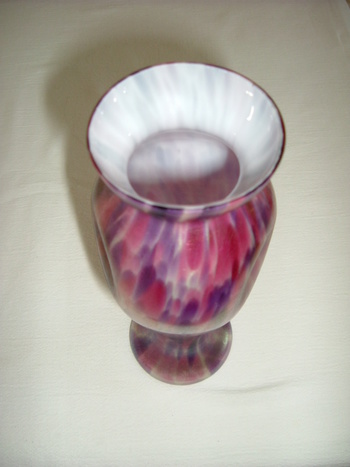 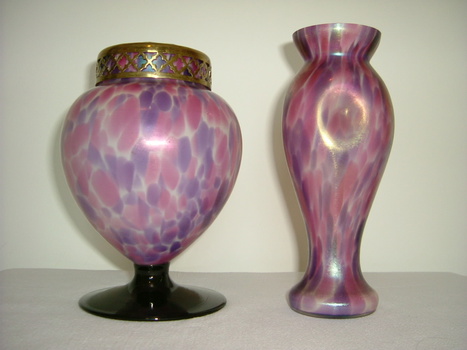 Now for a second Welz Pink and Purple vase, with three dimples this time. I bought this second one on-line and the photo was so dark I could barely make out what it is. When I opened the box I thought someone had painted a craquelure glaze on top of the glass. Not so.

Taking the rosebowl to a window and tilting it shows a very faint hint of gold on its surface. The vase however has a very strong golden sheen as you can see around the dimples where the light is catching it. Just an 'on the day difference' at the factory I suppose, but a big one (not really shown by my photographs.)

On the other hand can such a gold sheen simply be washed off by repeated washing? It's not 'rainbow' coloured which is how I think of iridescence. Nothing like posting your glass to discover what you don't know!!