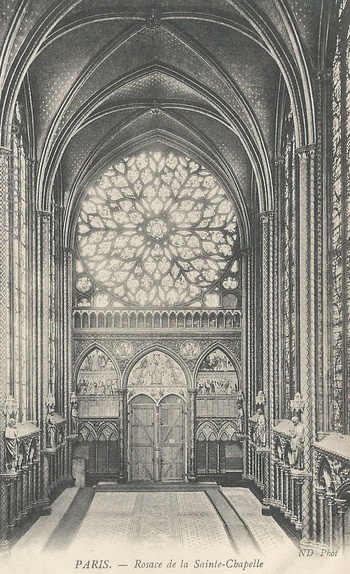 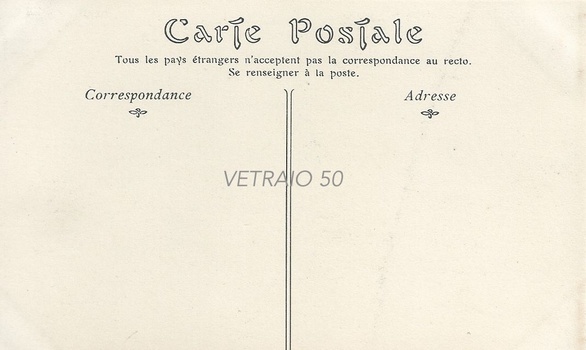 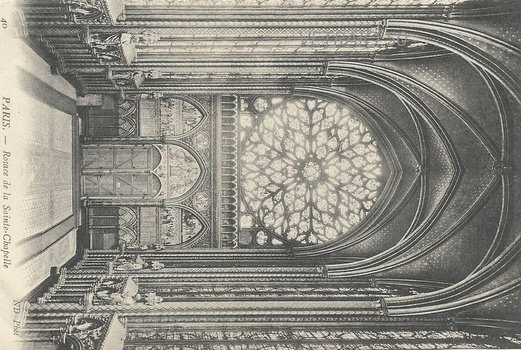 Septimus and Clara Miller visited Sainte Chapelle in 1906-1907. But if you were to see this Rosace or Rose Window I would put the visit off until December this year. By that stage the restoration & cleaning of the 'Rosace' will be complete according to an article I read in 'Le Figaro' published last week.

The postcard has only a black and white photo of the west face of the chapel. Imagine if you can that the interior is dark blue with gold highlights everywhere! The place is spectacular!

In 2013 new records were set at Sainte Chapelle when over a million tourists visited the chapel for the first time in its history. Work began on restoration of the stained glass in 2008 and is almost complete. The headline to the article in le Figaro was "Sainte-Chapelle : la rosace s'épanouit" ...... "The Rose Window is blooming". Tourists are enjoying the renovated show.

Sainte Chapelle was consecrated on 26 April 1248. The 9 metre diameter window on the west wall was renovated in a much more modern style around 1490.

The restoration replaced the earlier glass in a much more complex style which is called 'Flamboyant' or 'Flame-like'. If you look at the structure of the window you can see a central panel surrounded by stone window tracery of a flame-like S-shaped curve. it is composed of three concentric zones that move out from the centre in 89 panels. These 89 panels depict scenes from St John's Book of Revelation. It is a vision of the Apocalypse!

Rose windows are like 'mandalas'. They work on three levels: the spiritual, the meditative and the emotional.

The Rosace in Sainte Chapelle begins with a vision in the centre of Christ enthroned on a rainbow surrounded by seven golden candlesticks and the seven churches of Asia. In his mouth is a sharp two-edged sword. His hair is white as snow white wool, his eyes flame like fire and his face like the sun in full strength. Above his right hand are the seven stars (Rev:1 11-16). Just above are some of the twenty four elders with musical instruments (4:4 10) then twenty four elders together with the angel of St Matthew and the lion of St Mark (4:10) and God on his throne with the closed book of seven seals (5:1). That covers panels 1 to 4. It then moves to the right and so on and out to the edges of the 'Rosace'.

With a western light it becomes a theatrical light show, kaleidoscopic, psychedelic in dominant reds and blues!