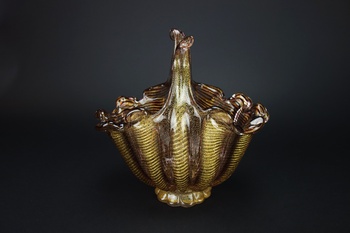 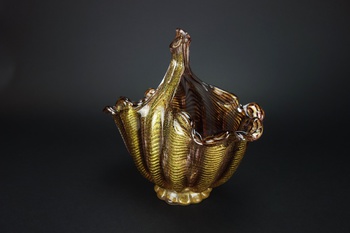 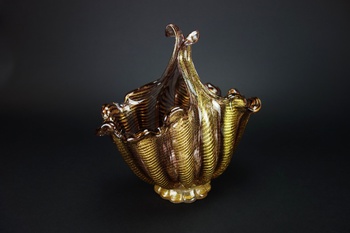 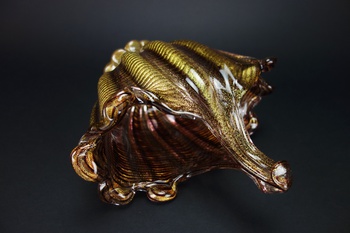 When I first began collecting Murano glass, this basket was part of a art glass lot identified only as "Venetian Art Glass". I believed it was Murano but was unsure. I bid on it anyway and won it for next to nothing. When the lot arrived, I was pleasantly surprised to find a label which identified it as Barovier and Toso. The decor is Cordonato D' Oro Zebrati designed by Ercole Barovier Circa 1950's. Cordonato D' Oro refers to the cords of gold the run vertically on glass. Sometimes the cords have diagonal ribs and sometimes bubbles in them. Bavovier's Zebrati (stripes) technique uses a thin filament that spirals from the bottom to the top. When used with Cordonato D' Oro, it gives a diagonal ribbed appearance. It's a nice size measuring 11" h x 10" w and is in pristine condition.