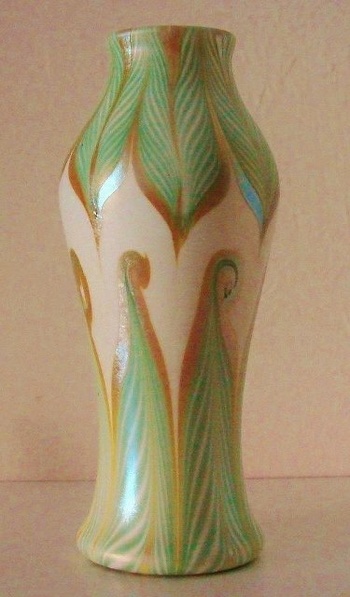 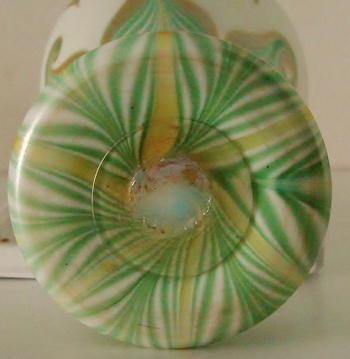 Trevaise vases were made for less than one year in Sandwich, Mass. by the Alton Mfg. Co. Alton hired ex-Tiffany workers to create what they called "high-class glass". That is why Trevaise looks like early Tiffany. It is believed that production began in May of 1907 and when they closed in December for the holidays they never re-opened.
The president of Alton stole the sales profits and fled the country.
He was later caught and ended up in prison in Boston.