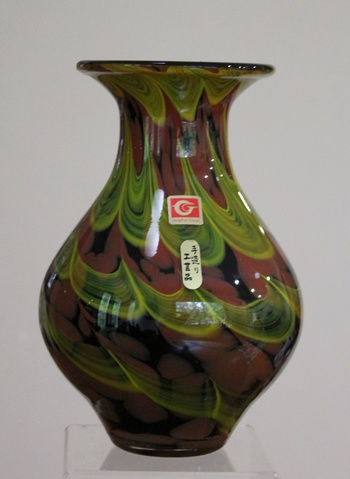 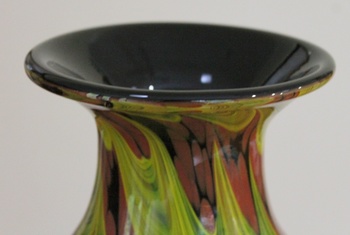 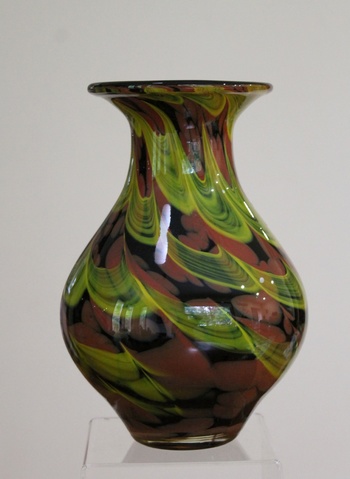 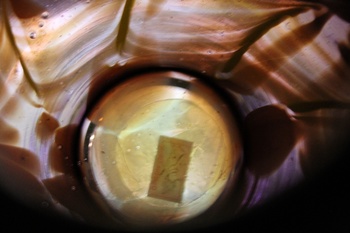 I have yet to get to the background of Dolphin Glass but this vase is a great example of their creations.

They typically made baluster shaped vases and very rounded bowls (as ashtrays), often on a black base with patterns of colour over the base.
When bases weren't black they were usually red, but black would then be included in the overlay. They had a restricted palette, and I have never seen them use blue or green or purple glass.

The view through the vase shows the black as an amethyst based one.

Dolphin seemed to have ceased production by about the mid 1970s, so their production period was limited; less than 20 years or so.
Their pieces are large, typical for the era, and really nicely made.