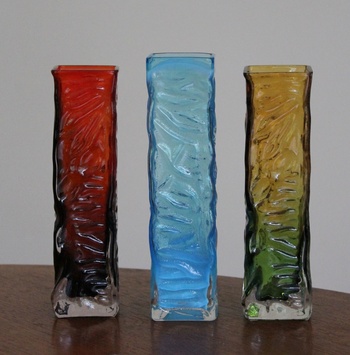 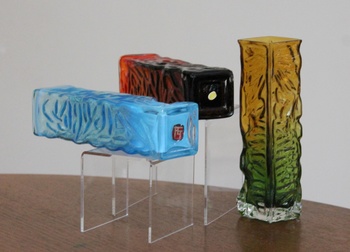 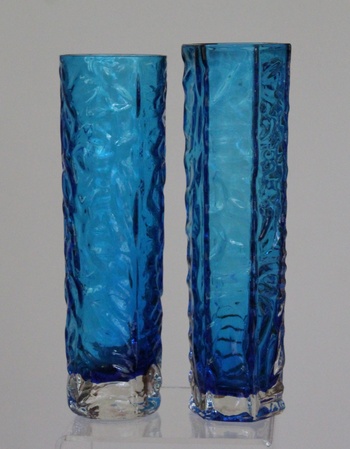 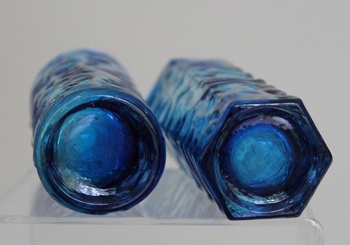 These vases from Japan are attractive, well made and often attributed to Davidson or Whitefriars.

They came in a large variety of colours, some mixed, some plain, cased and uncased. All have a nicely moulded bark like texture.

These vases were generally sold under the name Best Glass.
Who made them? I am pretty sure it was Tajima Glass, that powerhouse of Japanese moulded glass.

They made similar birdbath based glass in other, identified (by me) forms. The pale blue vase here is labelled TG and the square vases merely Made in Japan. TG is a Tajima label (for Tasty Glass!)
I am still trying to confirm the darker blues as Tajima.