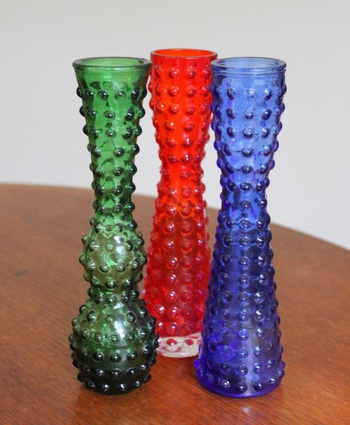 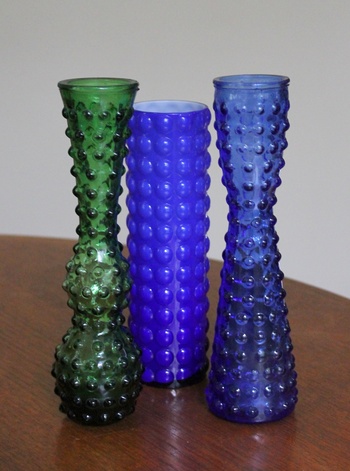 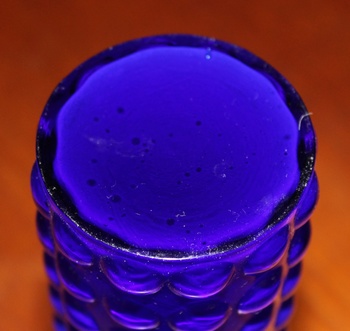 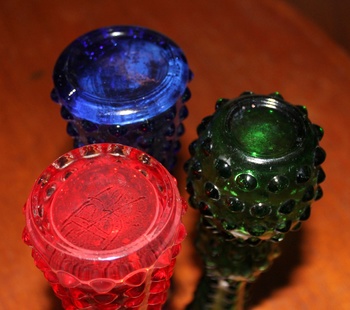 The red and blue vase here are the same mould although the red has been clear cased and the blue has not.
Strangely the red vase has an upper case B in the base mould; why for I do not know.
The green vase, although a different shape, is also from the same maker. There are similarities in the base and the bobble number and spacing is the same around the lip and base.

I am sure these are Tajima Glass although I have only ever seen them with a Made in Japan sticker, or a distributor's sticker like Enesco.
They have the typical Tajima bird bath base and common Tajima colours.

The cylindrical cased vase is as yet not identified.
The blue is a Tajima blue but because of the white internal casing it looks quite different.
The base has a flat, flame finished look to it like some of Tajima's simpler blown vases, but the evidence is not enough for a Tajima attribution.

So, boring stuff over, I will say "I LOVE DALEK VASES!"