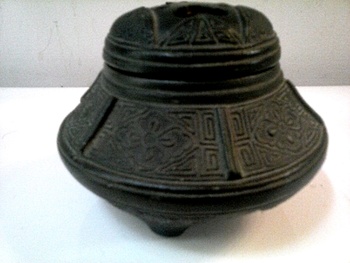 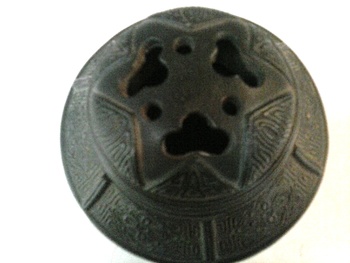 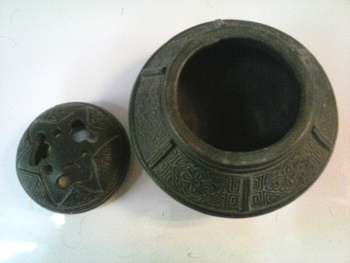 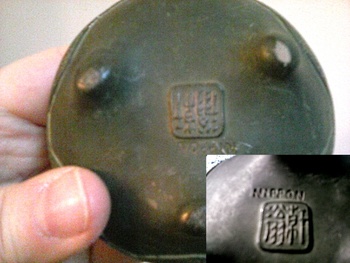 This tiny little 3.5" incense burner came from Salvation Army. Made of an unglazed black pottery and marked with an embossed cartouche' and "NIPPON" stamped into the bottom. The Nippon mark puts it just before the turn of the century 1890-1900. I wasn't able to find the cartouche' on Gotheborg's site so it's either the artist or the location of the factory it came from. There's a hexagonal one of the same material on Ebay but it's missing it's lid. It's later though 1940 because it's marked "Made in Japan". Other than that I haven't seen anything online to compare this to. Nice design overall with just a few surface abrasions and no cracks. It's been used during it's lifetime as the inside still has residue on the bottom. Pretty neat little piece for my Nippon collection. -Mike-