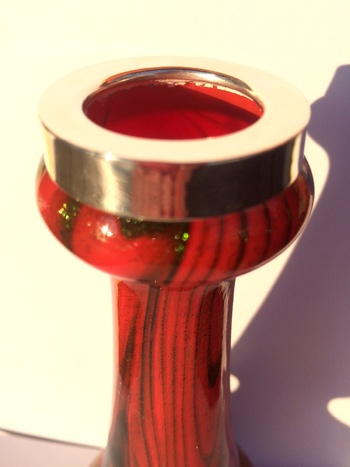 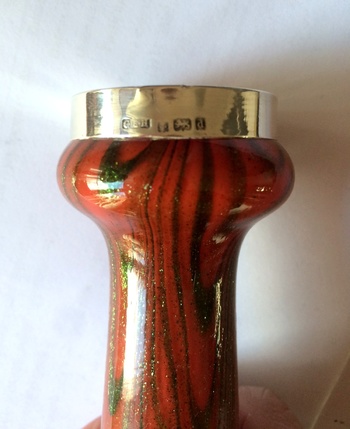 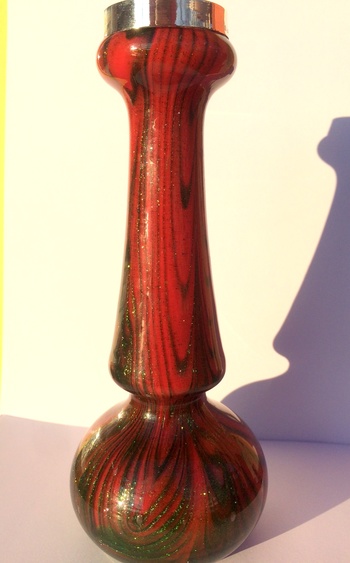 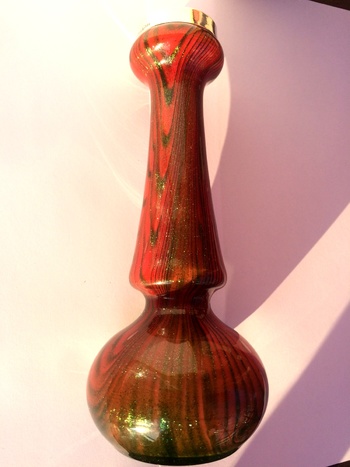 Ok, I'll confess everything, but don't show and don't tell. There was a pair of red aventurine Rindskopf vases on eBay, you might have seen them. One had a battered collar, the other one had none. I skipped the first, but the other did not sell, it was not expensive, so I took the risk and bought it. I presumed that it might take months until I find an appropriate collar, but it happened so that in the first week a simple, transparent glass vase cropped up with a perfectly dimensioned collar in good condition, British like the missing one, and from the appropriate period. I was the only bidder and after it arrived I - well - cooked that vase. The collar did come off, so I could proceed to phase II.
It included a visit to a jeweller's shop, where the collar was cleaned and a tiny dent repaired. On the other side of the same street is a dentist technician, who was kind enough to properly attach the collar with plaster of Paris. I thanked her with a box of sweets and now I have a perfect red aventurine. Happy Easter to everybody!