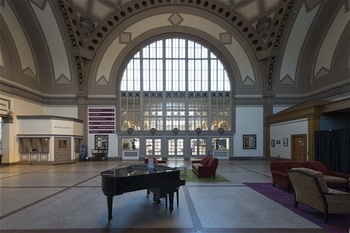 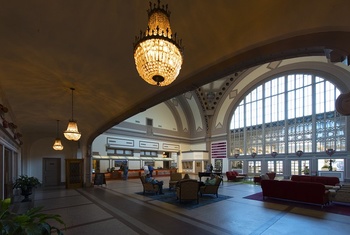 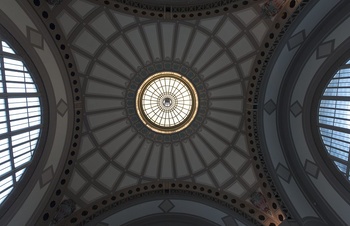 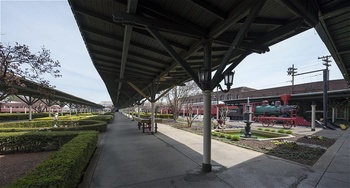 For many years when my wife and I drove to Florida, our preferred route took us through the charming town of Chattanooga, Tennessee. One of the nice things about driving, as opposed to other forms of transportation, is that you discover lots of interesting sights and history that are otherwise missed. Of course, we always stopped into antique shops along the way. (As always, I searched for early American wood and brass cameras.)

When driving through Chattanooga for the first time, we became curious about an architecturally and historically interesting railway terminal station. We learned it was purchased by a private group in 1973 and in the process of being converted into a hotel, which is now known as the Chattanooga Choo Choo Hotel. The plan was to also include original Pullman sleeping cars transformed into hotel rooms!

It was fortunate that the terminal station was saved from the wrecking ball. The interior is a magnificent architectural wonder and the building was added to the National Register of Historic Places in 1974. This past year we finally stayed at the hotel for an evening but unfortunately all the sleeper cars were already reserved.

The first two pictures show the spectacular hotel lobby. The third picture looks up at the eye-catching dome held aloft by a superstructure of huge steel girders. The Glenn Miller Gardens, Choo Choo engine and some Pullman cars can be seen in the fourth picture.

A plaque in front of a train engine on the property tells the story of the railway:

“It was on March 5, 1880, that the first passenger train leaving Cincinnati for Chattanooga was nicknamed the “Chattanooga Choo-Choo”. This historical occasion opened the first major link in public transportation from the North to the South. The “Choo-Choo” was operated by the Cincinnati Southern Railroad, America’s first municipal railway system.”