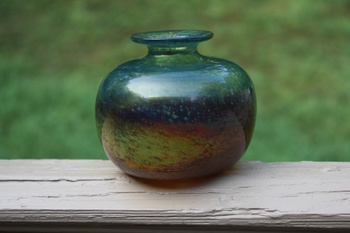 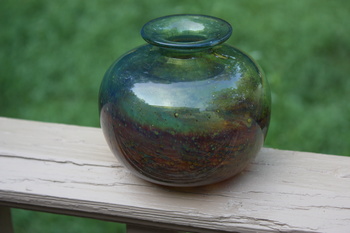 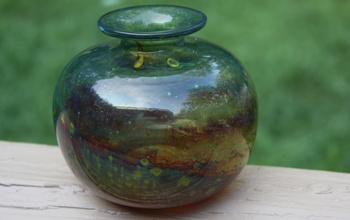 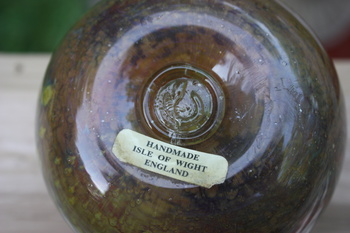 Found this in our local consignment shop and was blown away by the colors. The fantastic swirls remind me of far away galaxies in Hubble telescope photos. I've never seen anything like this glass, which is handmade, as the sticker attests to.

**Edit: I just heard back from Ron Wheeler, who, along with his wife, runs www.ArtiusGlass.co.uk, a sister company of Isle of Wight Glass. He told me that this piece is one of Michael Harris' early designs "following on from similar products he made at his first Studio - Mdina glass on Malta." He goes on to write: From the base information I can confirm that it was made by him around 1974/5. It is typical of the early studio production in a design known as Aurene although the colours appear to be a little subdued for that range which mainly were strong blues and yellow ochre.
The impressed mark on the base is known as the 'Flame Logo' and represents a round gather of molten glass on a bLowing iron with the furnace flames leaping around it. We still use that logo to this day. See www.IsleOfWightGlass.co.uk 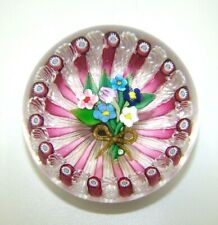 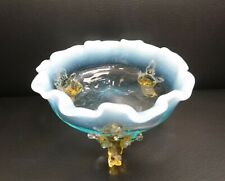 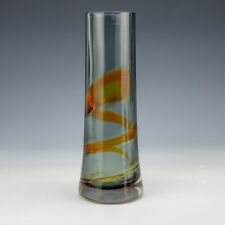