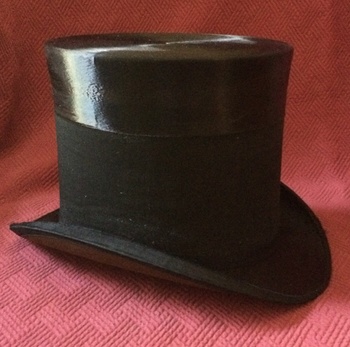 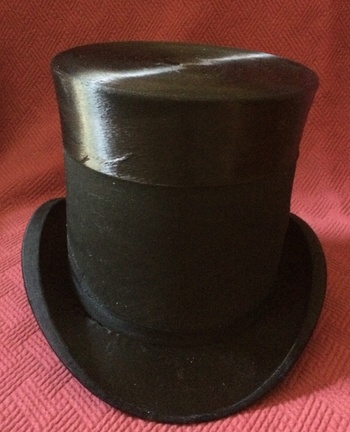 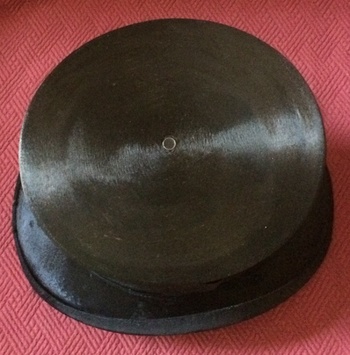 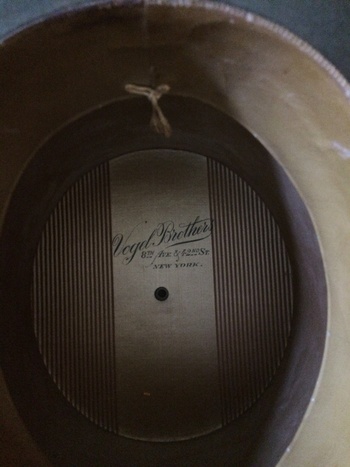 I just acquired this mourning top hat that was manufactured for Vogel Brothers department store. This one is from somewhere between 1880-1895. Given the age of this fine top hat, it is covered in beaver silk. Later on, from the turn of the 20th century, most were covered in either rabbit, ermine or a mixture of both. The mourning band, on this one, is made of cotton. All of my other have wool mourning bands on them.

This top hat was extremely dirty and I removed a tremendous amount of dirt and dust from this one during the cleaning process. Though very old, it still produced a beautiful gleaming shine, after some intense polishing. I was actually a bit unsure if this one would ever come clean and pleasantly surprised at the final results.

Thanks for stopping in to have a look!!