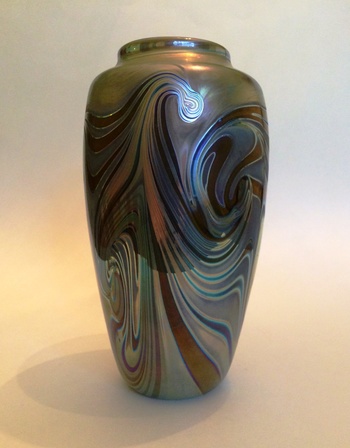 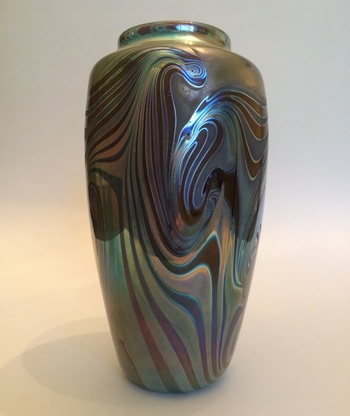 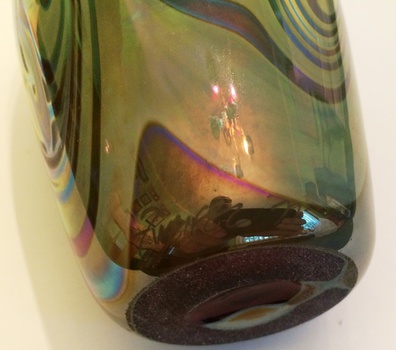 I chose this beautiful iridescent vase by Craig Zweifel as my 100th blog post here on Collectors Weekly. I love it very much, and it is the first object made by Craig Zweifel that I ever purchased. He has become one of my favorite "studio movement" American artists. This vase stands about 8" tall and is 4 " in diameter, tapering down to 3" at the opening. The base is ground flat, but still shows the pontil. Silver, Gold, and copper colored iridescent glass are swirled through the amber color base glass producing a brilliant and almost hypnotiv effect. It is signed Zweifel '77 making it an early piece of his craft.

Craig Zweifel was born in 1944 in San Diego. He studied under Dr. Robert Fritz at San Jose State University, receiving a Bachelor of Arts degree in 1969. He built his first studio in Jackson, WY in the late 1960s. He received his Master's degree in Glass Design at UCLA in 1974. He returned to the Rockies, he lived and worked at his studio near Ketchum, Idaho for 30 years, then moved to Southern Oregon in 2004. He met his wife Annie at a craft fair, and, in 1986, she moved from the Chesapeake Bay to the Rocky Mountains to marry him and became an important addition to the studio. Craig Zweifel announced his retirement four years ago, so the supply of his art is relatively finite at this point. A worthy American artist, I am honored to choose his work to represent the 100th item that I have posted from my collection. 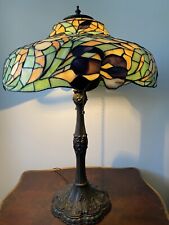 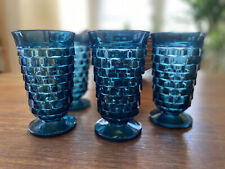 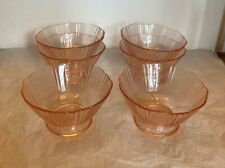