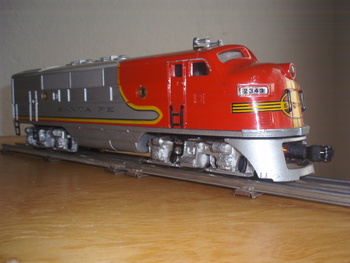 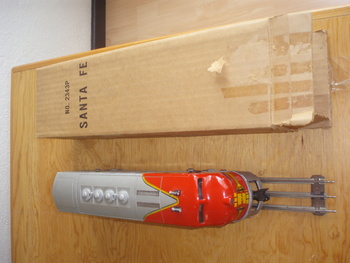 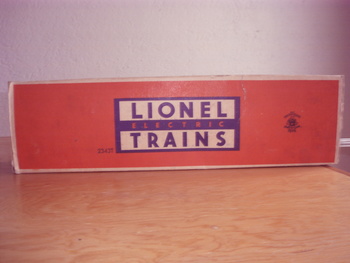 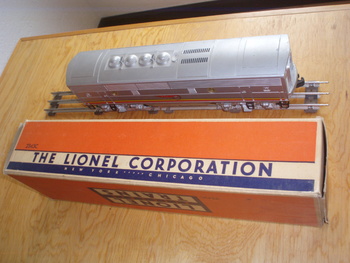 Good morning everyone,
Pictured here are the 3 front units of the Lionel Santa Fe Diesel locomotive O guage set that began in the late 1940's with the first powered unit #2333.

The Lionel Santa Fe F-3 No. 2343 pictured above was the second issue of this popular diesel engine that was released in 1950. Production would continue for two more years until Lionel issued the No. 2353 in 1953. This version is BLACK plastic that is painted SILVER. The stripes and lettering are applied with a rubber-stamp.

This version has the screens on the roof vents, portholes with lenses, front grab rails, side ladders, electronic couplers on the front ends, and solid rear couplers. This diesel was equipped with Magnetraction, a horn that was operated by a D Cell battery, and a three position directional unit whose control lever was adjustable from underneath the chassis. The dual horizontal worm drive motors powered each axle...and they make a neat "growling" sound when operating! There are three variations:

Variation A: Large GM decal on the sides and convex celluloid porthole covers (1950).

Variation B: Has the smaller BLACK/WHITE GM decal with porthole covers that snap in place (1951-52).

Variation C: This version is produced on a YELLOW body mold and was in production beginning in late 1950 and into 1951.

All of the Lionel F-3’s are designed to work on the larger radius of O Gauge track. When used with O27 Gauge track this diesel will scrape the switch machine housing on the early version of the No. 1122 O27 Switches when passing through the curved turnout. Evidence of scrapes on the fuel tank of these diesels is a sure indication of operation on O27 track.
The difference with O27 track and O guage track is the height of the rails on the O guage are built higher to give more clearance.
Lionel had great success with the red war bonnet paint design making the Santa Fe set popular then and now. I believe this unit is Variation B placing it's production date between 1951-52.
The powered engine, non powered engine ( holds the D battery for the whistle ) and the C unit still have their original factory boxes.
You can add different rolling stock to the set to make a freight set/passenger combination including the silver observation car, dining car, mail car, box cars, etc.
I loved setting up my set up around the Christmas tree every year as we lived in a small house and the train took up much room to be set up on a permanent basis.
Lionel will always be my favorite train as this was the first train I ever received. I have moved into different scales as there is so much offered today.