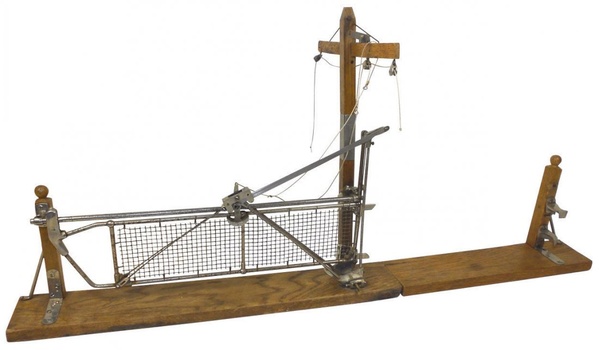 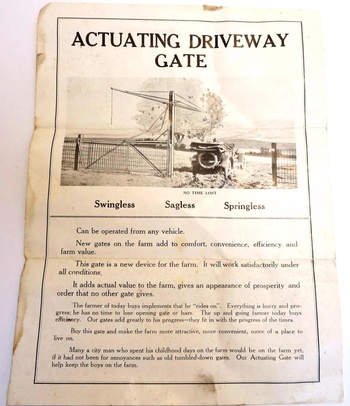 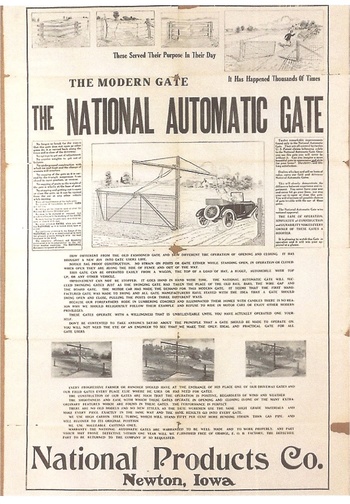 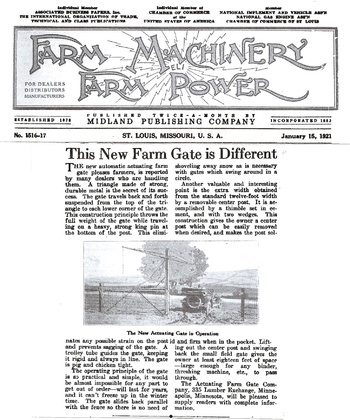 The United States Patent Office issued patent No. 1,214,913 to Robert R. Hage, of Great Falls, Montana, February 6, 1917 for a gate-actuating mechanism. He moved to Minneapolis, Minnesota prior to January 19, 1921 where he applied for a patent for an improved gate-actuating mechanism. Hage was granted patent No. 1,432,750 on October 24, 1922. One half of the rights to the patent were granted to his brother Oscar R. Hage also of Minneapolis. Why the patent process took so long is unknown.
The advertising poster indicates the gates were manufactured in Newton, Iowa. However, an article in the January 15, 1921 Farm Machinery/Farm Power indicates the gates were sold by The Actuating Farm Gate Company, 335 Lumber Exchange, Minneapolis, Minnesota a year before the patent was issued. Maybe this was a company operated by Robert and his brother Oscar. This model is 38 1/2" L x 12" W x 17" T. The model is made in modules that may be disconnected for transport. 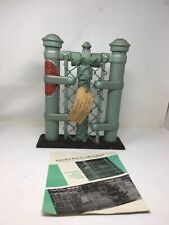 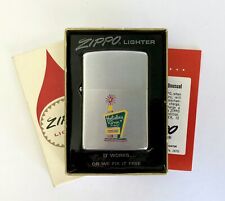 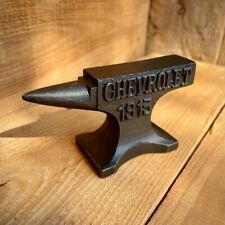 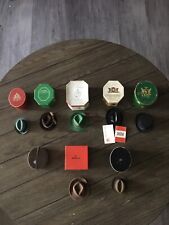