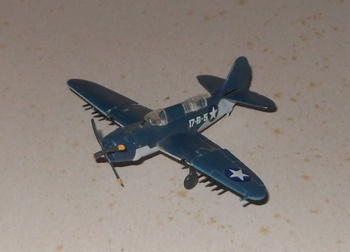 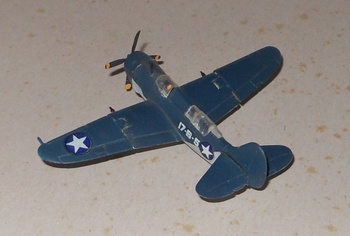 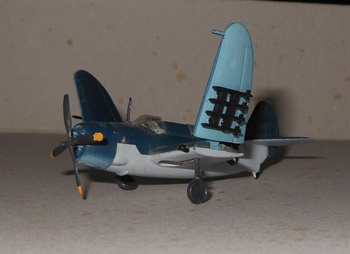 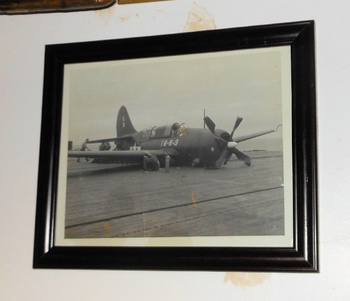 I am posting this in honor of me finding a frame for my Curtis Helldiver photo. The backing card that goes with this model was in the photo post so it is only fair the photo is in this post.
As to the model it is a preassembled and prepainted plastic model made by Bachmann. It is 160th scale. Bachman Mini-Planes were sort of like Matchbox cars. They were all the same size (more or less) but different scales. The smaller planes have the best details as they were the largest scale.
This is one of the larger scales. You can see the wing mounted 20mm cannons and hard points on the wings which is rockets in this case. The bomb bay is internal and is only some molded on lines. It also has an airspeed indicator on one wing, radio antennae, pilot and gunner figures.
As to the actual plane it was disliked when it was first introduced in mid WWII. But it went on to sink more tonnage of enemy shipping than any other aircraft.
I saw some photos of the gunner facing backwards with dual 30s out and other photos with the gunner facing forward and no guns seen. It was explained to me that the rear guns retracted into the aircraft and the gunner's seat swiveled such that he could face forward. The US tended to put every bell and whistle in their equipment. Also the wings had internal motors to fold and unfold the wings.