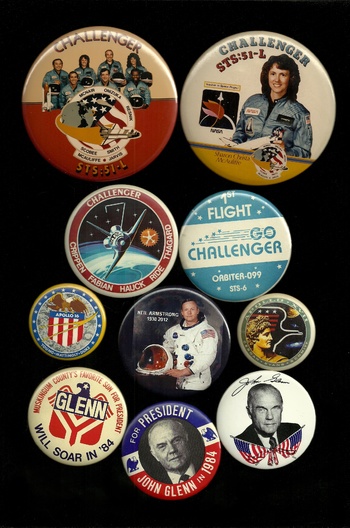 Just a few more from the American Space program:
The top two are buttons put out before the ill fated and tragic Space Shuttle Challenger explosion, several others were made after to commemorate the event.
Next are two slightly older shuttle Challenger buttons
left is the Sally Ride ride and
right from the first Challenger flight
Then far left and right are Apollo 16 and 17 flight buttons and finely one Neil Armstrong 1930 - 2012 commemorate and three John Glenn campaign buttons.
About it for my Space related pinbacks hope you enjoyed. 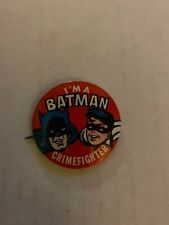 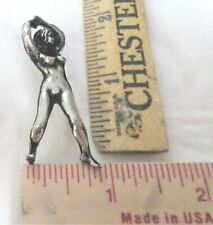