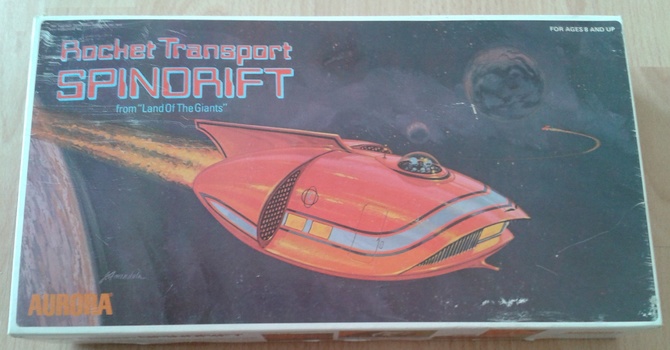 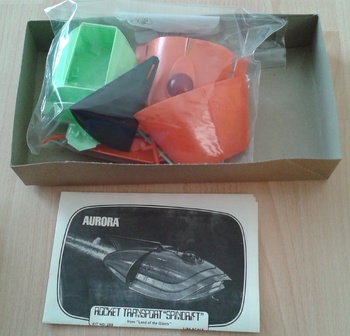 This post is for Vintagefran and is the Aurora 1975 Spindrift unbuilt plastic model for the TV series Land of the Giants from the 1960's. The first Aurora model was produced by Aurora in 1968 with a different box cover and the one here was reissued in 1975 by Aurora shortly before the demise of the company. There was also another version by Moebius and in 2002 Polar Lights came out with the same model as they did with many of the older Aurora models. The scale is 1/76 and the material polystyrene. It is not a rare model as there are a few listed online. Here is a link vintagefran you can check out.
http://fantastic-plastic.com/SPINDRIFT%20PAGE.htm

At one time I had the Land of the Giants Snake scene Aurora kit which like other childhood toys got lost in the shuffle.