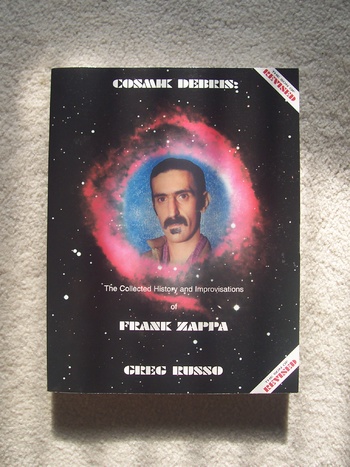 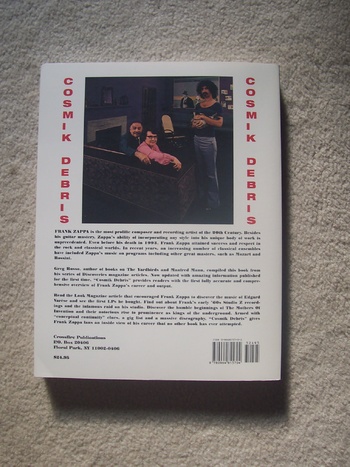 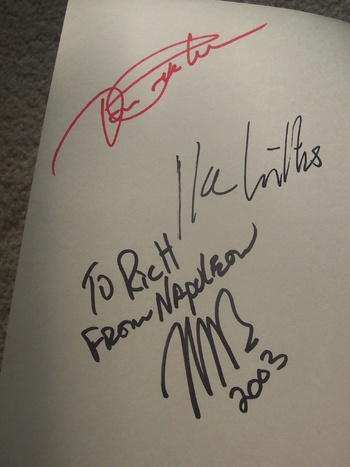 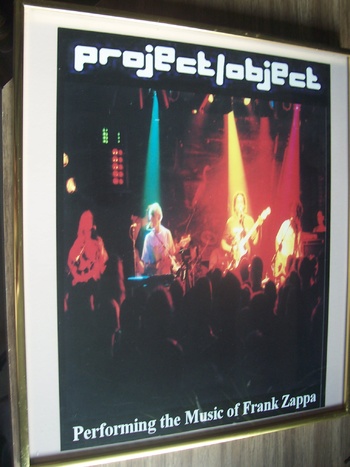 To continue with the great Frank Zappa theme that CW member brunswick started and then CW member artfoot added a segment.(yes alot of Frank Zappa music is difficult listening) This is one of his books titled 'Cosmik Debris' the collected history & improvisations of Frank Zappa. This reissues came out in 2003. There have been earlier versions under different titles. The 1st being in 1998. If you are a Zappa fan, this is an incredible read. Everything he did and recorded is talked about in this book. I believe I got this book at one of the few 'Project Object' concerts I attended back in the mid to late 90's or the early 2000's.
And that takes us to the 'Project Object' poster I have. They are a band that started in 1993 by Andre' Cholmondeley(guitar & vocals) and has had many Zappa Ulumni play with the band over the years. At the show I got this book from(I think it was at the 'Magic Bag' theater in Ferndale Mi.) The band members came out to meet & greet. I have 3 autographs from members that played with Frank back in the day.
The bottom one is Napoleon Murphy Brock(singer saxophonist flute player) He played with Frank in the 70's.
The red one is Don Preston(bass) He started with Frank way back in 1966.
The middle one I think is Ike Willis(vocals guitar) with Frank from 1978 to 1988.
My memory cells are fuzzy sometimes(probably due to brain alteration of some sort over the years)lol.
Project Object was more than just a Zappa cover band. The core band was a very talented group of musicians from New York. They always tried to preserve the originality of Zappa but with fresh approaches to his complex arrangements.