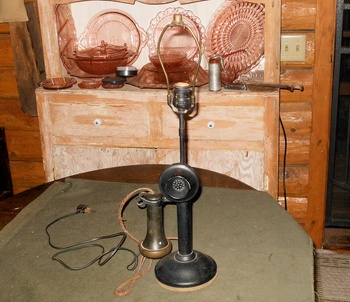 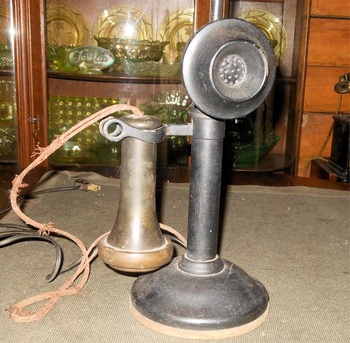 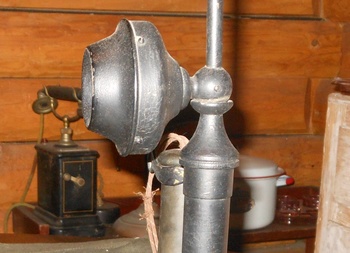 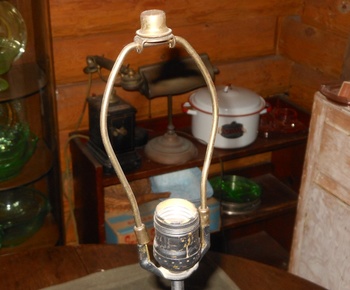 Another little something I picked up at the Rose Bowl. Took a bit of a chance on this due to the lamp sticking out the top but it is probably worth what I paid in parts. It has also been painted black with a paint brush but that can be undone.
I did see two examples of this phone on the net. One was blocked off at the top as if it did have something sticking out the top at some point. Normally on a candlestick phone the mouthpiece can be adjusted up and down. This one does not which leads me to think it could have been made this way as a combination phone/lamp. It may seem a bit awkward using the phone/lamp combo but I tried holding it up as if talking into it and it seems doable. But then again people are so crazed to repurpose antiques but then again the light fixture looks old.
Perhaps ttomtucker can give us an answer. No pressure.