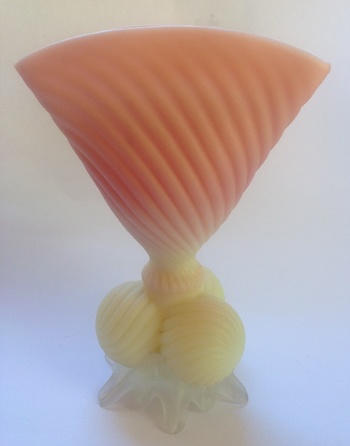 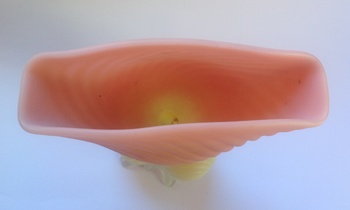 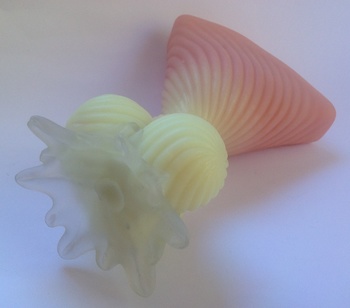 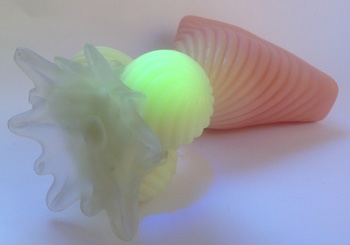 This unusual vase turned up on eBay recently with a very high starting price, however, when it was relisted the price became far more reasonable.
Listed as Webb or Mt Washington Burmese glass, but the three ball footed base is a clear indicator of Welz, which opens up an interesting "can of worms" regarding some other examples of Burmese glass I own, with similar moulded ribbing. Likewise for the fact that Welz made a Burmese type glass!
This vase is made from opaque custard coloured glass shading to salmon pink, in the manner typical of Webb & Mt Washington Burmese glass. It contains uranium & glows brightly under UV light. The vase measures 20.6 cm tall, 15 cm across the fan shaped top rim, & 10 cm across the applied clear footed base. It has a satin finish.
The base is also another Welz characteristic. How intriguing to think that Burmese type glass was made in Bohemia, likely at a similar time to the famous American & British versions.
I have three other examples of Burmese in simpler shapes with the same ribbing, which I assumed to be Webb (all of those were found in Australia) but could never see any pieces like them documented in the references on Burmese glass. Could they be Welz too?