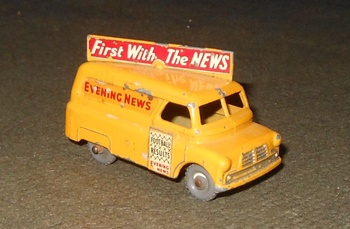 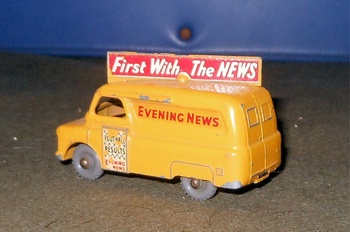 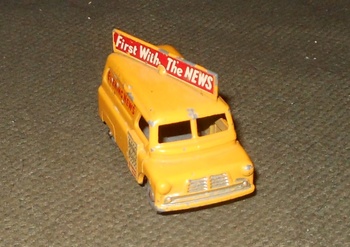 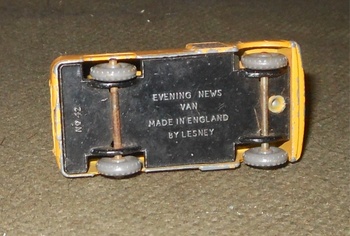 No box this time and also the model is not pristine. But this model is a bit older and I think it is an interesting and attractive model.
This is the Bedford Evening News Van which was the first #42 of the series released in 1957 and in the catalog through 1964. In 1965 it was replaced by the Studebaker Lark Stationaire which I posted a few months back.
The interesting feature about this model is the gray knobby wheels. These were produced from 1958-1961 so that narrows this one down to that period.
In the early days of Matchbox they had steel wheels and various versions of the gray and silver wheels. These were made in much smaller numbers than those in the later 1960s. A black wheel Matchbox with some paint chips is worth $1-5 but the various gray wheels can be worth much more.