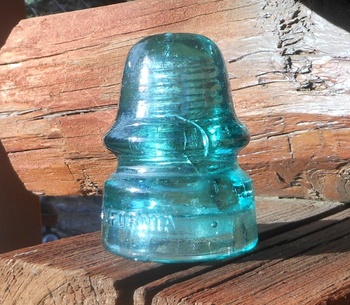 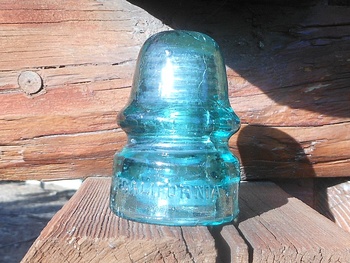 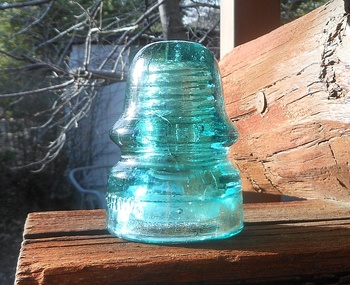 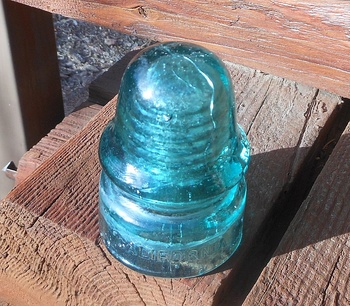 Picked this up at the Long Beach Antique Market which is a rather large flea market for antiques and collectibles. . Many of the same sellers from the Rose Bowl are there. I didn't have much time or money as I hadn't planned on going there but was heading that way. Had a little over two hours there but I made some excellent buys.
This was a reasonable buy at $3. I told the seller I collect these as I live in California and it turns out he too lived in California. Also we were both in California at the time. Who would have thought.
More interesting is that California insulators were made in Long Beach from 1912-1916 and I bought this in Long Beach. The factory was destroyed in a flood. That is why there is a huge concrete channel called the LA River as seen on TV and film. Los Angeles is surrounded my mountains and the rain runoff is channeled into a fairly small area.
SpiritBear mentioned that my previously posted 162 may be a 162.1 as it is thin and it seems thin to me so I posted this as a 162.1.