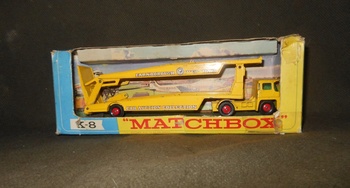 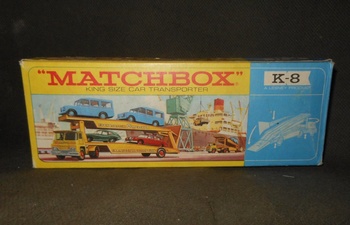 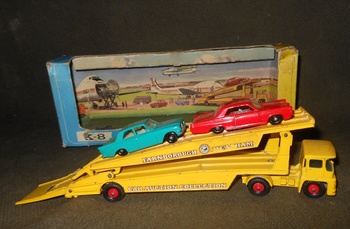 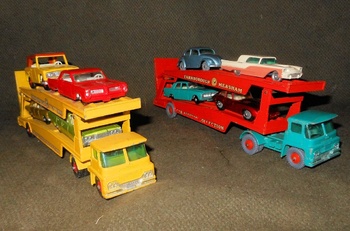 Multiple Matchbox Monday as I am posting two versions of the same casting. You can see the second version in the last photo which is actually the earlier version.
The Guy Warrior Car Transporter was first released as the Major Pack M-8 in 1964. In 1967 the yellow version was released as the King Size K-8 as the Major Pack line was being discontinued. It was sold through 1969. In 1967 it came with clear glass in the cab. In 1968 and 1969 it had green glass well green plastic simulated glass. In 1967 and 1968 it came in a box with an illustrated interior. In 1969 it came in a box with a plain blue interior. With green glass and the illustrated interior this model came from 1969.
I posted another example of this model in a gift set.
Coming right up is the M-8 version.