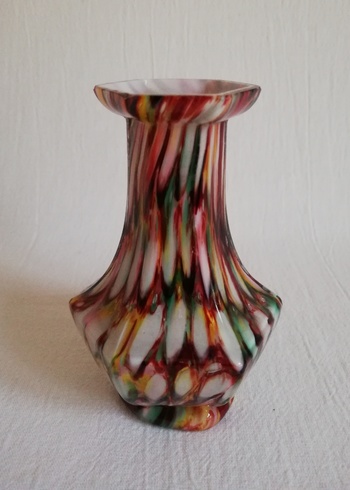 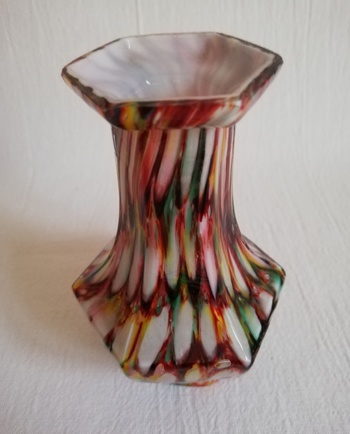 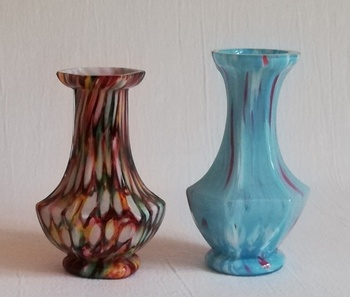 I've been collecting these for quite a while now but have seen just four basic shapes, but sometimes mounted on strutted legs. This is a fifth shape and in a very well documented Welz décor.... Harlequin Honeycomb. I narrowly missed a pair in this shape a few weeks ago. I was disappointed but remembered what someone said to me years ago......If you've seen it once you'll see it again. However in less than a month is good going, but even better this one is in a décor I didn't have in these mini vases.

Image three shows the five shapes.
Image four shows the fifth Welz shape beside a small Kralik vase. The Kralik vase is slightly taller with a round rim and a round foot.