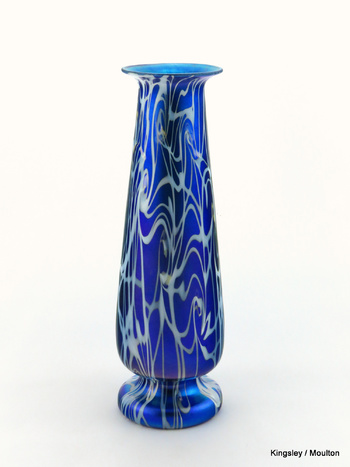 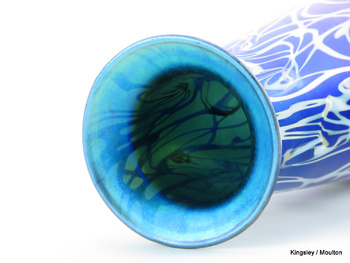 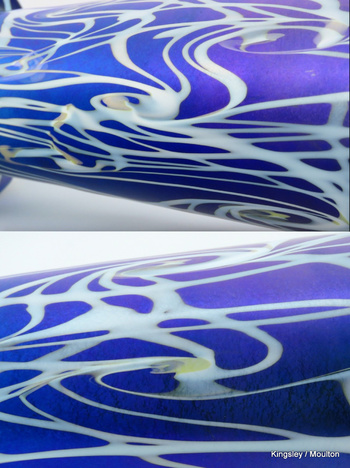 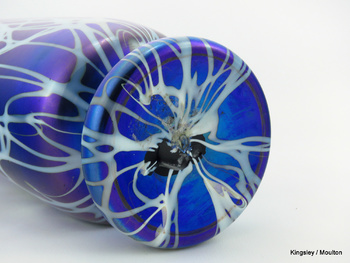 This Durand Silver Blue Lustre vase with opal King Tut / Coil décor is of a shape that is undocumented by Meschi. It also shows small creamy yellow pieces in the center of many of the coils and seemingly randomly elsewhere as shown. You can see some of this in the base also. This has no pontil grinding. The glass is very thin at the break and finishing would have likely ruined the vase. It is the first piece of unfinished Durand we have found.

We have found one other example of this shape that is signed. It also shows the small bits in the center of the coils, albeit in a different reddish color. The signature shows Durand above the "V" in typical fashion, however there is just a 7 under Durand and inside the V. This does not correspond to the height. Victor Durand encouraged his men to experiment. Maybe this is one of those.