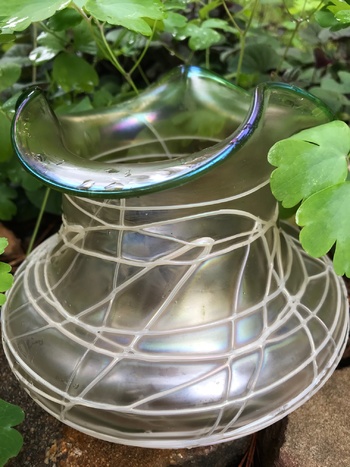 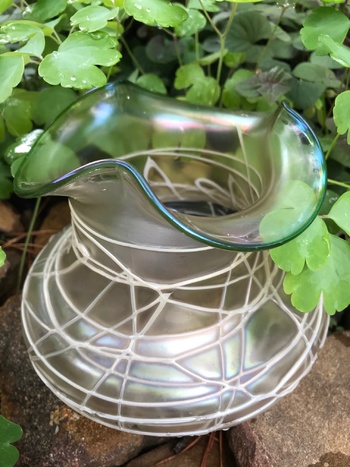 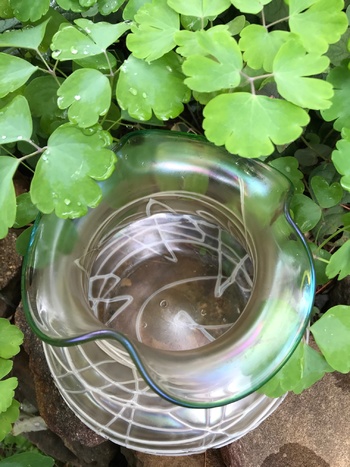 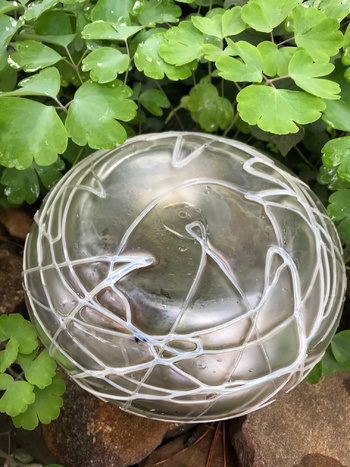 A few weeks ago, I posted some photos of a few items I'd sold & subsequently regretted.
Thanks to chance, which is such an important part of a collector's life, I acquired another example of the Art Nouveau vase that I sold some time ago. Even better, this one is bigger, & in far better condition (my previous one had many losses to the trailing & a rim chip).
So, here's the story...I was sorting through my glass button collection, & picked out some unusual ones which had always intrigued me, & that I'd never been able to find any information on...they were signed on the back "Darian GFD".
Well, after a quick Google search, I learned that the buttons were made in Australia, & designed by the modernist designer Grant Featherstone during the period 1946 - 1954. I'd always thought they were perhaps French. Anyway, I could soon tell that they were rather sought - after, so instead of languishing unknown in my button box, I decided that I ought to find them a new home (there were 13 in all).
With the excellent proceeds of that sale, I was then able to fund this fine vase to replace the one I sold.
It is made from clear glass with an iridescent finish, & is covered all over with applied pearly white trailing. The vase measures 15 cm tall, 13 cm across the trefoil crimped top rim, which has an applied green crest, & 10 cm across the base. Very squat, it measures around 53 cm in circumference at the widest point.
I have seen this type of vase attributed to Kralik (& that's what it was sold as).