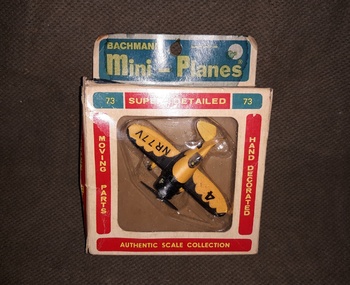 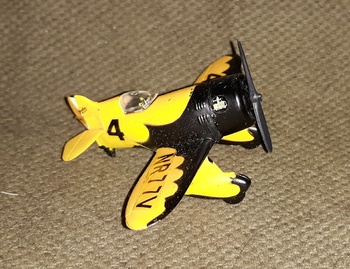 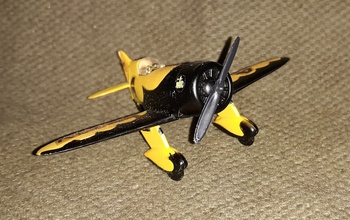 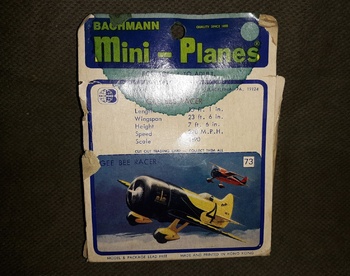 Picked this up at the Rose Bowl along with last night's Matchbox car and the upcoming Scout Post items. Also another Mini-Plane for next week.
This is the Gee Bee Racer or Gee Bee Model R. This was built by the Granville Brothers. Jimmy Doolittle won the Thompson Cup and set a landplane speed record in 1932. It was a dangerous plane to fly and the next pilot was killed in a crash. It was rebuilt and the new owner installed a larger fuel tank against the advice of the builders and was killed when the plane crashed again. It wasn't rebuilt after that.
There are a few replicas of this plane that have been built. I saw one at the Planes of Fame museum in Chino and it is a very small plane. The replicas are all red and white while this model is like a bumble bee. Not sure which is correct.
Not sure what is coming next but stay tuned anyway.