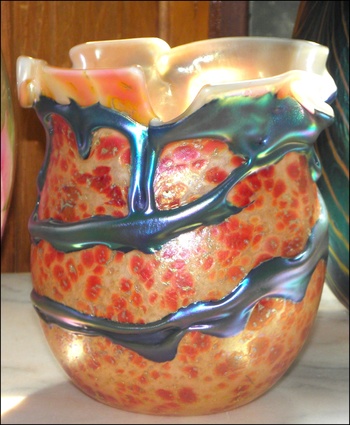 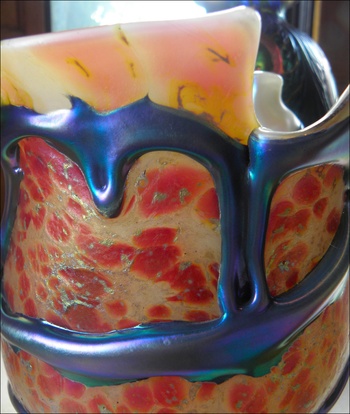 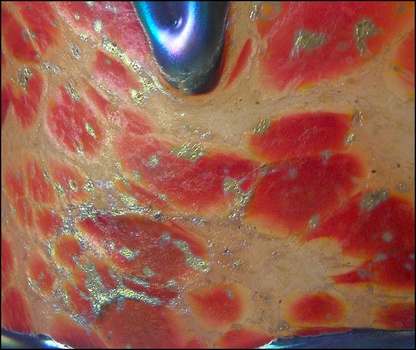 These are my observations on the "construction " of the vase. Just my thoughts - I really don't know for sure. I think the body of this piece is clear crystal glass. The inside has been heavily fumed with a lightly iridized orange-pink color. The outside has had ruby red "spots" applied over the crystal exterior of the vase (creating a three dimensional effect of paprika/red spots over an orange background). Encrusted gold flecks were then applied, followed by the iridized blue "lava" with purple highlights. There is a light overall iridization.
I might have missed an opal layer too? Also I think but am not sure that all the above was done before the vase was finally formed?