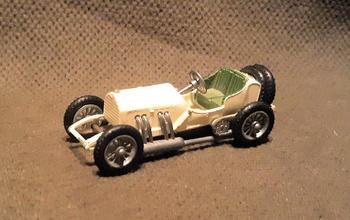 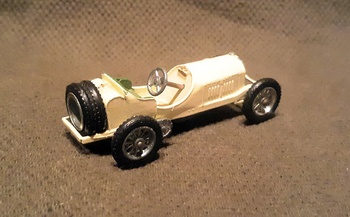 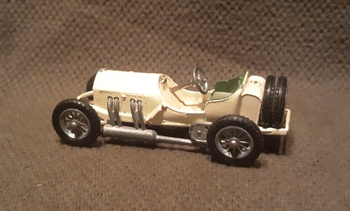 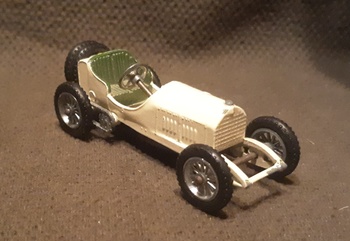 This was fairly modern for a casting from 1958. By modern I mean compared to the others from 1958. It looks like it would fit with the 1968 catalog. Back then there were steam engines and other such.
G. P. stands for Grand Prix. Those familiar with the races from those times would recognize this as one of those racers with the two man crew with the googles and those great coats they wore. Not sure what the second guy did, perhaps they took turns driving. The car made over 107 MPH which is pretty good for 1908.
One thing I like about the Mercedes Matchbox of Yesteryear are those exposed exhaust pipes.