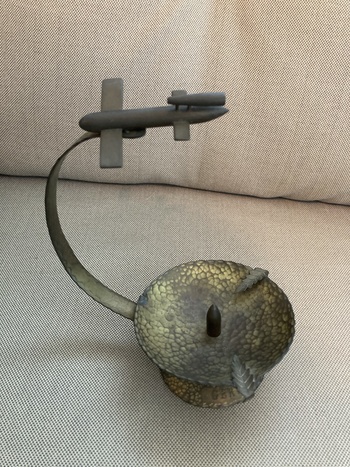 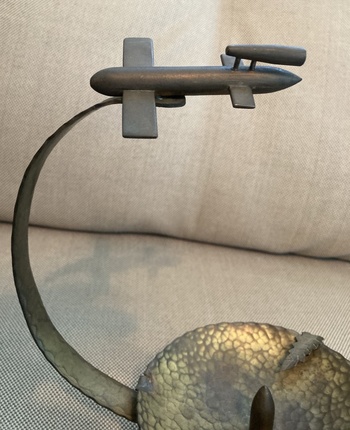 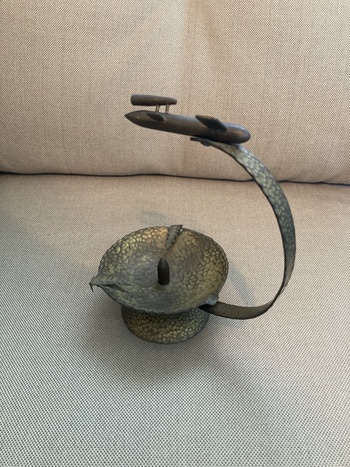 This is a trench art buzz bomb on an ashtray base.

The V1 was a German terror weapon employed in the aftermath of the Normandy Invasion and targeting London. Over 100 rockets a month were fired on London. About 9,500 total rockets were fired until the last launch site within range of London was destroyed in OCT 1944. Germany continued to target Allies at ports and in Belgium until about a month before the war's end.

This miniature was a souvenir purchased in Germany after the war. The base and arm is made from shell brass. The rocket itself is made from parts of bullets.

The wing appears to be a little too far forward when compared to an actual rocket.

My photos do not copy/ use without permission