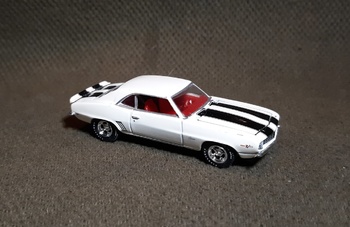 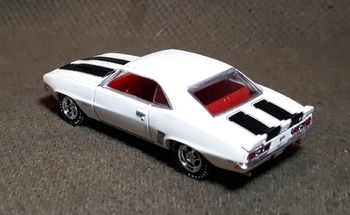 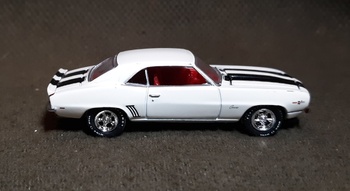 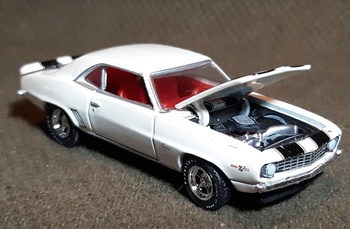 The Z/28 was the top of the line Camaro. Although there was a an RS/Z28 option but that makes my head hurt. To break it down there was the base model, I think RS stood for Rally Sport and SS for Super Sport but I could be mistaken. RS was appearance only, SS a performance package and Z/28 which had a 302 CU engine and other performance package parts. Plus those stripes as seen on the model.
Speaking of the model this is a 1/64 scale model by Greenlight. Highly detailed like the Z/28 on the front side panels, door handles, lettering on tires and so on. Plus an opening hood with detailed engine compartment.
No9t sure what is coming up next but stay tuned anyway.