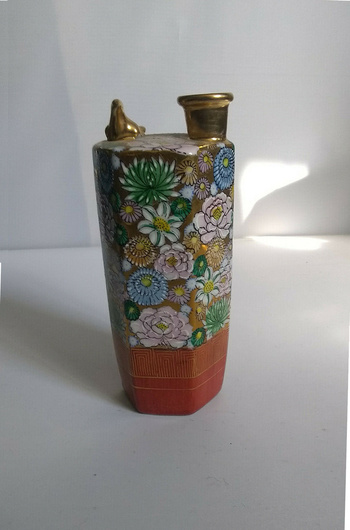 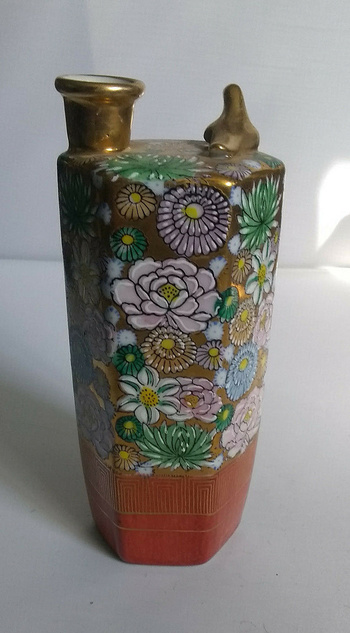 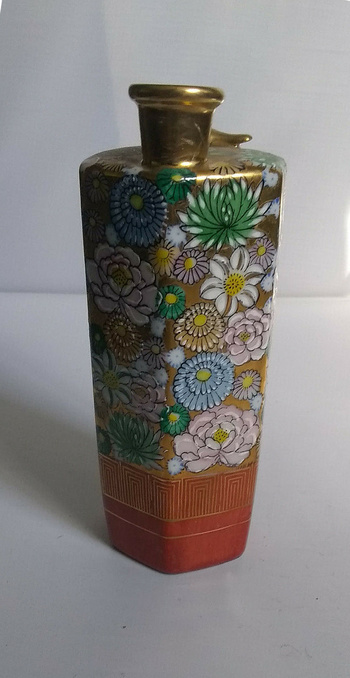 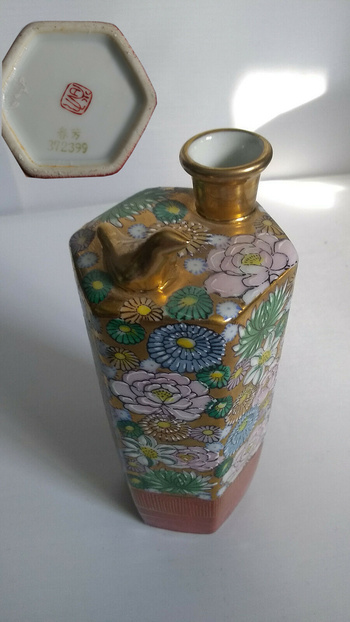 This little sake flask (tokkuri) is 6" high x 2.5" at its widest. It has the generic Kutani mark in a square on the base, plus some sort of production code in Arabic numerals. The mark supposedly dates to 1930s-1960s according to the link below. I had not seen this style of piece before and was not sure what its intended use was until I found a complete sake set with a similar shaped flask with bird and spout on top. I like that, though it is a really small piece, it is very busy with a lot of decoration on all sides. Someone spent a lot of effort on this decoration. I call it my bird spout flask because of the bird and what looks like a spout on the top but an auction on Etsy calls it a "whistling bird" flask.

"Lithophanes occur almost exclusively on the bottoms of tea cups, with the occasional Sake cup set. This marking span from the late 1930's and into the late 1950's/early 1960's. Many thus dates to the Occupied Japan period (1945-52) and could have been made for the GI trade, why the US Customs "country of origin" rules would not apply. Many of this style were made in Nagoya area factories."