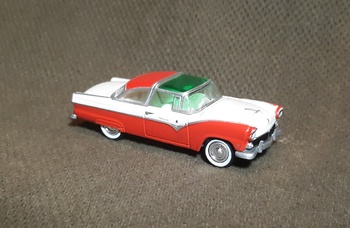 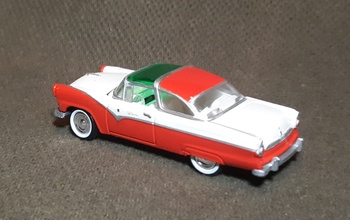 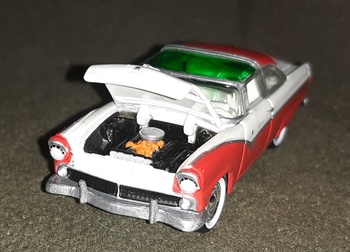 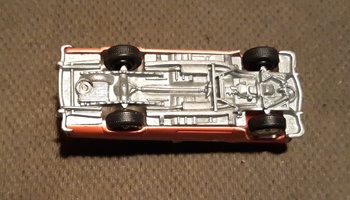 Ford actually outsold Chevrolet during the years of the tri-5 Chevy. But they didn't quite have the holding power. Chevrolet was on the way up and Ford used a similar body but put it on a 1952 chassis. Apparently these did not survive as much as their rivals and now you will not see them often.
The model here is of a 1955 Ford Crown Victoria. And yes it really had the green tinted sun roof. Got a feeling these got rather warm although it looks cool but not temperaturewise. Charles Phoenix would really like this car as it is a mid century marvel.
American Chrome celebrates the cars of the 1950s. During the depression and WWII cars were a bit austere. Come the 1950s it was jet planes and lots of chrome. Check out the jet plane hood ornament.
Still plenty of die cast action to come plus a rusty old fender (not a guitar).