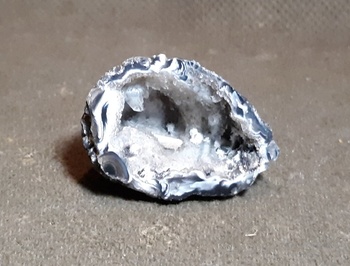 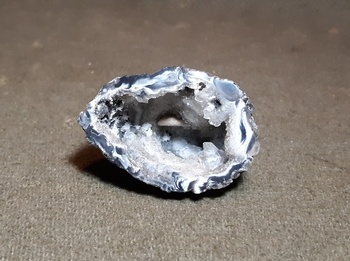 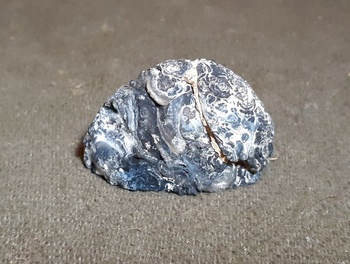 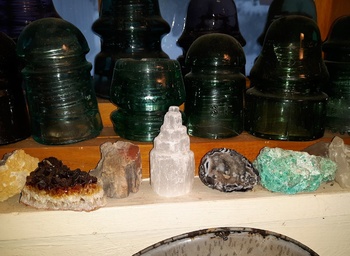 Yes another little rock from my bunch of little rocks I recently purchased. This is a geode. There are two main kinds. One is from igneous rock which is basically volcanic. Generally these are from gas bubbles in the rock. The other is sedimentary where water gets inside and somehow crystals build up inside. Not really sure which this is but I am think igneous.
This one is rather small, it is 1 3/4" wide at the largest point. It doesn't show in the photos but light passes through a large part on the end. In photo #3 you can see the outside which is fairly colorful for the outside of a geode.
In the last photo I have it on the windowsill along with its little rock friends and insulators. I have to put those windows to use.