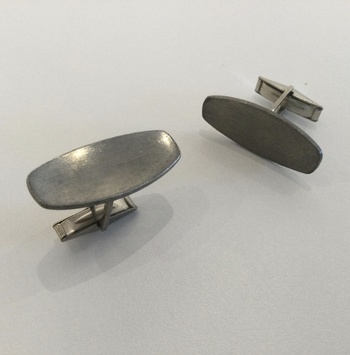 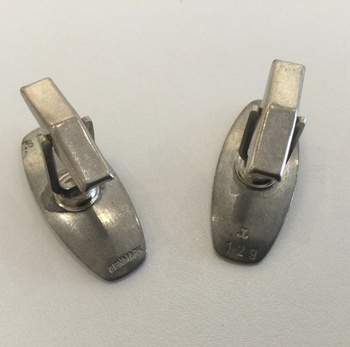 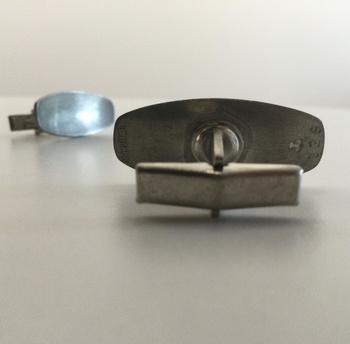 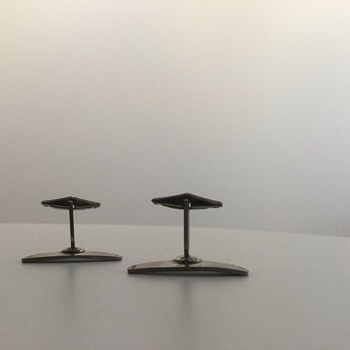 In a shop today I looked at the silver jewellery but these pewter cufflinks took my eye. I could see they were marked but my eyesight is no longer good enough for fine small work and I need a loupe desperately .... my last one was lost at a bus stop far too long ago. But at home I was able to see they were marked ‘DENMARK’ and that is always a good sign. On the other edge I thought initially I could see a T and the numbers 129. I then realised that the T was actually a JJ : the second J reversed. A quick look on the net and I found something similar to what was on the edge of my new cufflinks. Always good to have some cufflinks in reserve for that special occasion. Life is not always casual.

JØRGEN JENSEN (1895 - 1966)
Jørgen Jensen was the second son of Georg Jensen and he too was a silversmith. It was in Munich that he trained with Leonhard Ebert and studied at the City School of Arts and Crafts. From 1917 to 1923 he worked in his father’s business and then set up his own workshop in Stockholm from 1924 to 1936. He then returned to his father’s business and worked there until 1962 designing jewelry and hollowware. 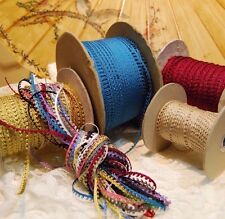 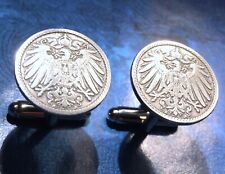 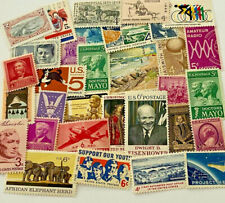