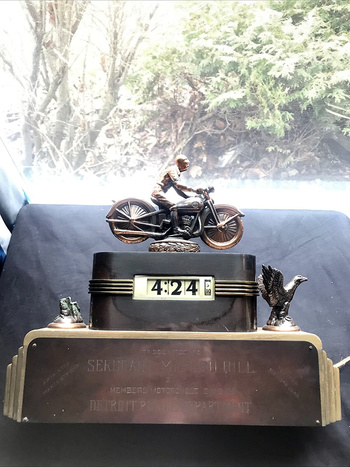 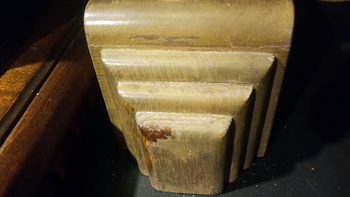 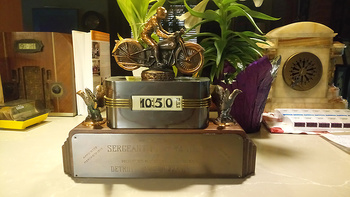 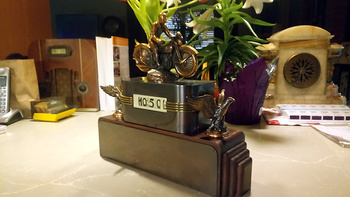 This ornate clock was awarded by the Detroit Members Motorcycle Division to Police Sergent Milford Hill on the occasion of his retirement May 3rd, 1940, Mr. Hill began working for them from March 15th, 1915. The clock is a Lawson and features the Lawson logo tag on the back of the clock.

I removed the clock and all the ornamentation from the wooden base. I used stripper to remove the horrible paint job, stained it with a walnut stain, and clear coated it and it was back to its original glory. The clock movement motor was filthy, so I cleaned it and it still works.