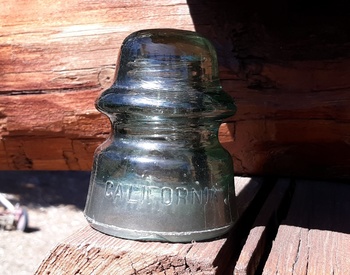 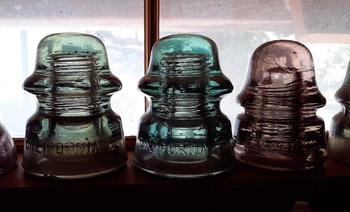 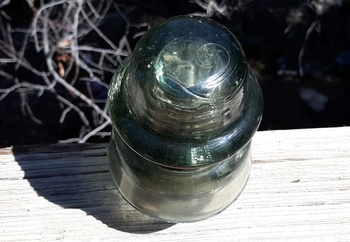 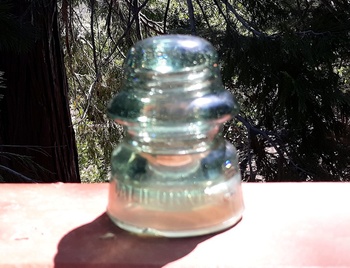 Still yet another California glass insulator. I believe this is style CD 166. The CD style system was created by collectors. This is the size a typical telephone line4 insulator. The color is almost clear with a touch of blue/green. It has the usual clearness of glass from this time.
The California Insulator Company started business in 1912 and made millions of insulators during its short time. In January of 1916 it was destroyed in a flood. The company was in Long Beach near the harbor. Basically all the water in the Los Angeles basin area empties here. Which is why all the rivers in the area are now concrete lined channels especially the LA River which is the largest and the concrete river bed is often seen on TV and in Movies. Anyway it was built because of floods like the one that destroyed the California Insulator Company.
The colors tend be a bit different for these so they are nice to collect. Plus I live in California and have been to Long Beach which doesn't seem to have a beach.