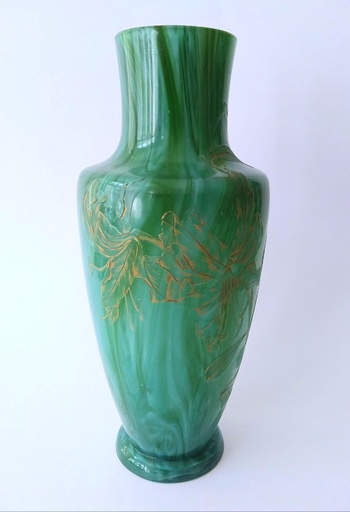 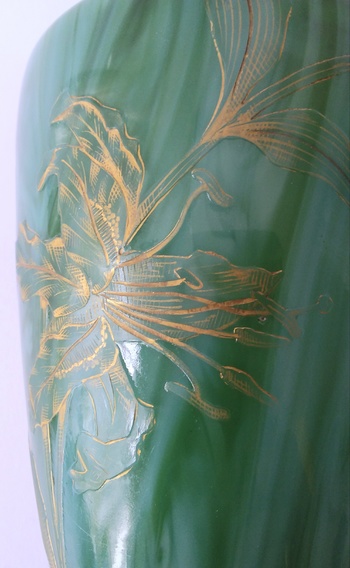 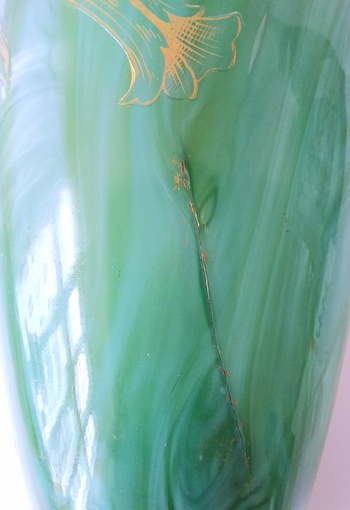 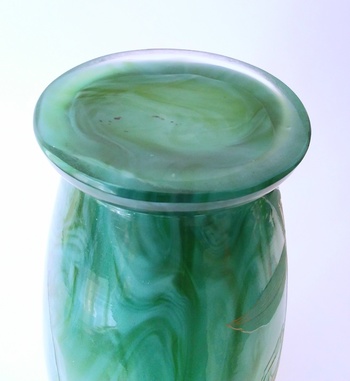 Here I would like to introduce an interesting malachite vase. Although I don't actually buy any damaged pieces (there are rare exceptions), I acquired this vase despite its flaw. At the time I thought that something like this would not come back on the market anytime soon.
Loetz brought the malachite glass onto the market around 1893. The PN number of this vase is not yet known. This vase is probably an Exhibition piece. Although a stress crack occurred during manufacture (see photo), the vase was further processed. It consists of white opal glass, which has been marbled with green thread bundles and then covered with a colorless layer. The highly etched and cut decoration of lilies is distributed over the entire wall, which was also engraved, polished and gilded. Malachite vases by Loetz formed part of the exhibits at the world exhibition in Chicago in 1893 and in Antwerp in 1894. Two malachite vases have been preserved in the town church in Kašperské Hory (Ricke I). 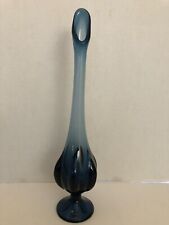