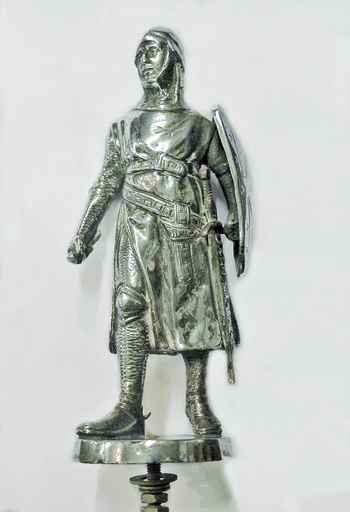 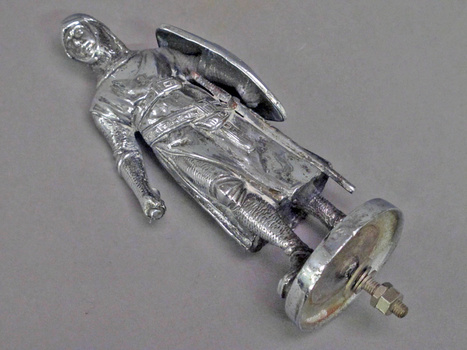 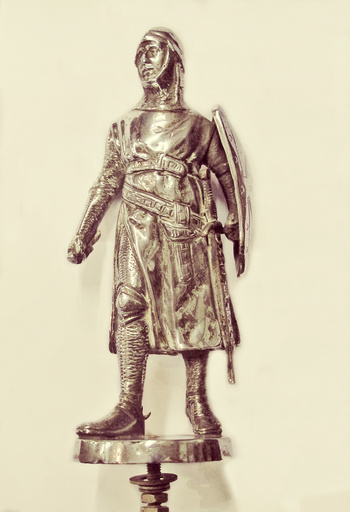 I am getting rather tired of posting jewellery so I am posting this instead to show I have other interests. I really love car mascots which were very popular in the twenties and some years later. Here is a standing knight mascot of 7 1/2 inches high and possibly for a Morris car. For me it was more unusual and not many knight mascots around. They made many mascots and almost anything you can think of was considered as a subject. This came early in my mascot collecting days, possibly 2012. The chrome is in rather good condition., and I kept the lot # tag on a long time. It came from Denhams, the Sussex Auctioneers in Horsham, lot 120 and sold to me for 120 pounds, an auction that had a number of mascots in it. 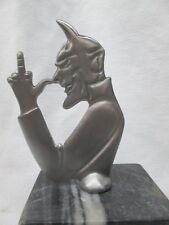 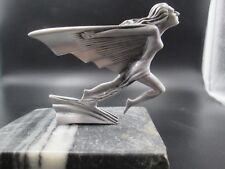 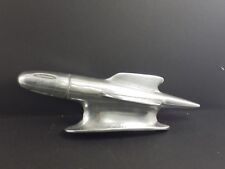 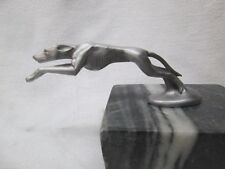