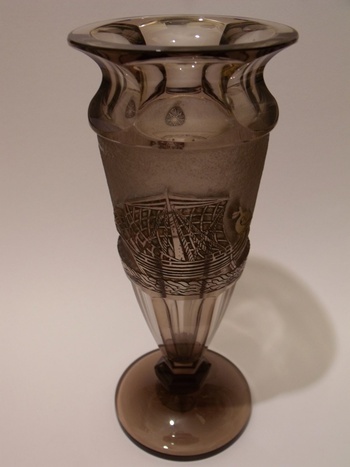 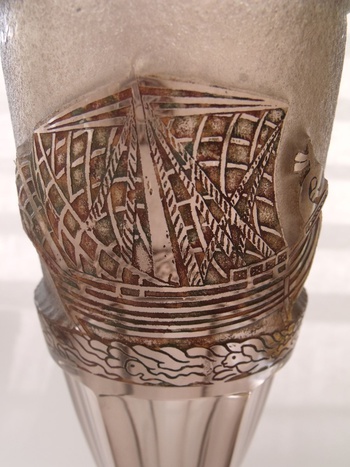 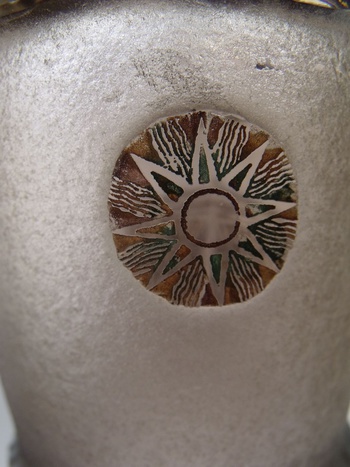 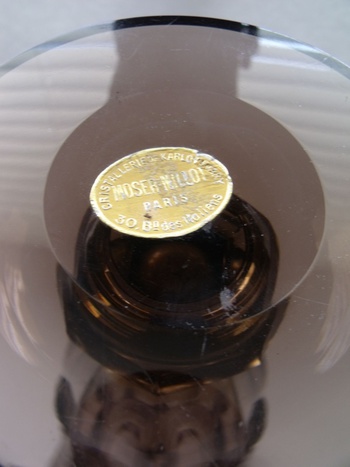 I have long been fascinated by the Moser longship vases, there is an example at Passau Glass Museum and - like most of the great Moser pieces at Passau - it is featured in the wonderful Jan Mergl and Lenka Pankova 'Moser 1857-1997' book. My one, the only other one I’ve seen, is much taller (around 11 inches), but otherwise quite similar.

It is quite unlike any other piece of Moser I know. Probably the reason for it was the fact that is it was designed by Gustav Moser-Millot –possibly one of the only things he ever designed for the company.

Gustav was one of Ludwig’s younger sons. Although he was quite involved with the Moser works early on, his primary role was to run the prestigious Moser shop in Paris. As well as selling Moser glassware, the shop sold other bohemian glass and oddly the works of the great G. Argy-Rousseau. In fact, around 1925 Gustav did a deal with Argy-Rousseau to make his glassware at Moser.

This series of vases was designed in 1936 to form a significant part of the Czechoslovak exhibit at the 1937 Paris Exhibition. Supposedly the rest of series depicted other classical images such as bulls and chariots. The fact that Moser was exhibiting at all at that time is pretty amazing as the ‘local’ politics were, to say the least, difficult. Around two thirds of the local population were Czech bohemians and becoming increasing nationalist – they had effectively ousted the presence of any Moser family members from the management of the Moser Company around 1934. The other third of the local population were German-Bohemians who had no liking for the Moser Family either. In fact the 1937 Paris exhibition closed around Easter 1938 only a few weeks before Germany annexed the whole area around Moser.

It does beg the question why a Moser family member ousted from the board of Moser in the early to mid 1930’s was still willing to design for them in the late 1930s. Maybe the simple fact he was already in Paris, made his involvement expedient at such a critical time. Either way, we have a wonderful and recognisably Moser piece that is unlike any other.

The vase, above, is very deeply acid etched with wonderful typical Moser Polychrome staining. According to Mergl they ship is greek. Perhaps most interestingly, on its base, is a label from Gustav’s own shop in Paris. I doubt they sold there very long –which may explain their rarity.