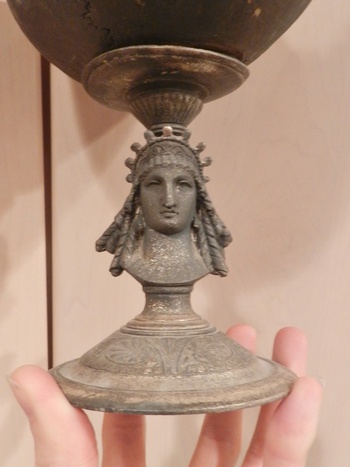 It is a real human skull, charred. It is attached to a little base with the bust of a woman. Possibly haunted. It looks like some sort of Satanic artifact.