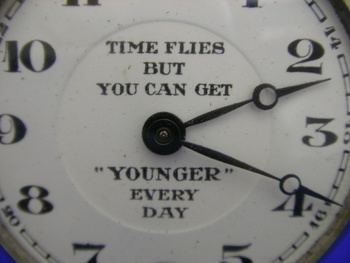 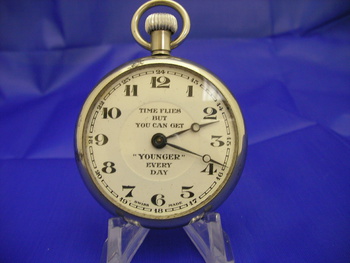 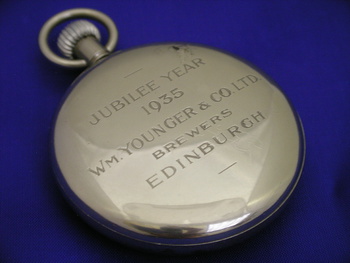 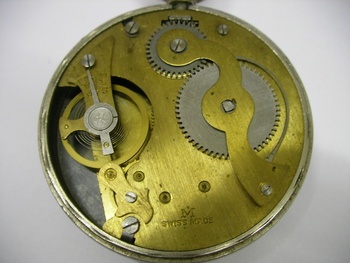 'Time flies but you can get 'Younger' every day' - says on the dial!

Younger’s was an Edinburgh brewery in 1778 supplying to domestic and foreign markets. In 1931 Younger's merged with McEwan’s to form Scottish Brewers, which in turn merged with Newcastle Breweries in 1960 to form Scottish & Newcastle. The company’s UK operations were taken over by Heineken in 2008. In October 2011, Wells & Young's Brewery purchased the Younger's and McEwan's brands from Heineken UK.

This is a Younger's promotional watch, made by a Swiss watch manufacturer, Roskopf, to commemorate the 1935 King George V Silver Jubilee year.

Hope you enjoy this posting!