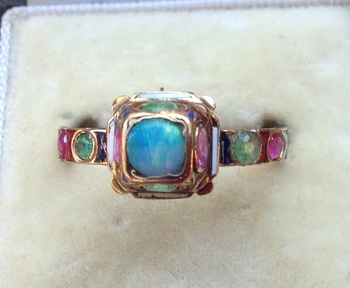 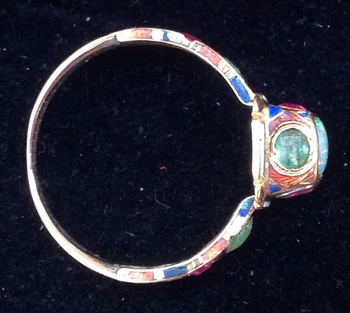 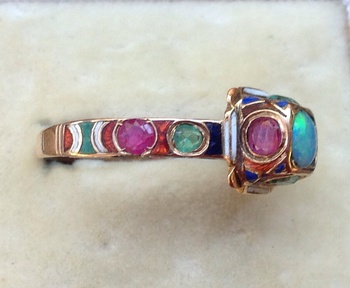 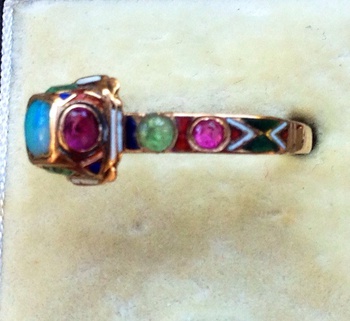 This was the second ring that started me collecting Antique and vintage jewellery.
Its a beauty and I love everything about it. It has a French gold purity mark on the shank, denoting a minimum of 18ct, the mark was in use from around 1795-1810.
The enamelling is wonderful and the colours are still very vivid after 200 yrs. The Opal is not the original stone to this piece, a jeweller told me it had been replaced, the original stone would have been the same stones as the sides and shank, so it would have been either a Ruby or Emerald. Unfortunately I had to replace an Emerald (gutted) on the shank and there has also been a replacement of a Ruby on the other shank as you can see from the prongs on the Ruby, all the rest are in a bezel mount.
Many thanks for looking. 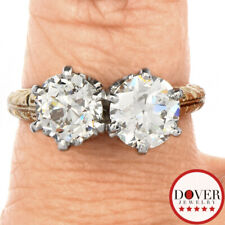 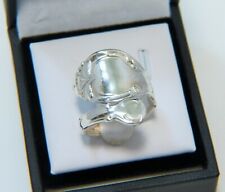 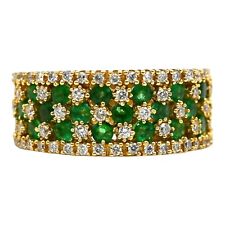 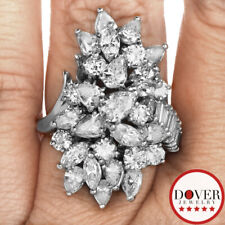