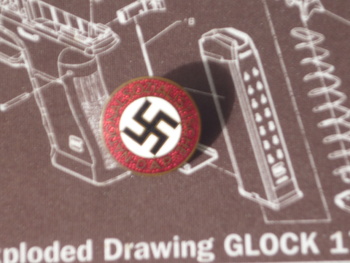 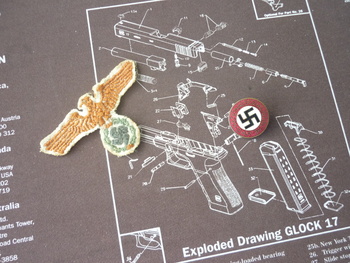 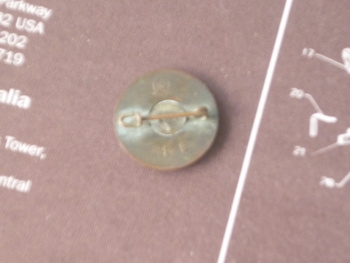 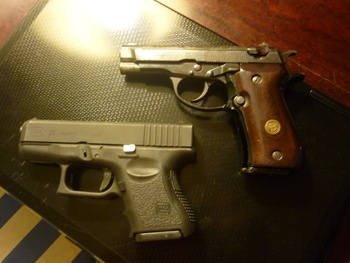 Hey Bailey. May as well offend those brainwashed idiots who don't understand the diff. categories of collectors! Nazi regalia collectors are a very large segment of the collecting spectrum & they might as well get used to it. I see Nazi's as a cult, but they had beautiful, well thought out regalia. Enough said there!
This is a very early NSDAP party pin (Probably the early-mid '30's). It has the pebble-back behind the red enamel which became rare as years passed. This has the RZM marking "M1/8", which is for Ferdinand (Great Germanic name) Wagner (That we can live with!). From earlier research, his company was in Austria. That's interesting, considering the time era! The town was Pforzheim (Try pronouncing that with an Eng. lisp!). Well, there's the info on something I got from a vet. in the '50's. Have no idea why I have held on to it. Maybe I knew that some day, I could throw it in the face of biased idiots?
Ah, the last pic.. Little trinket I picked up from a friend. He was a sniper in Nam with 106 confirmed. Said they didn't count kills in regular combat. 16 in one day! Kind of like holding a ghost, so I sold it (quick).

Have a nice day!