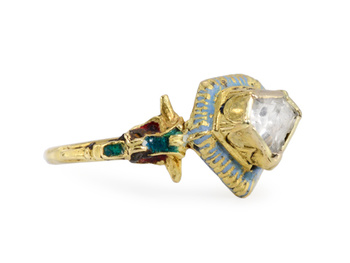 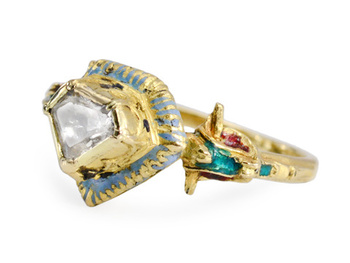 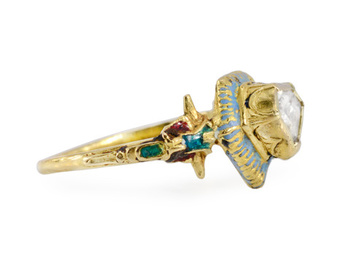 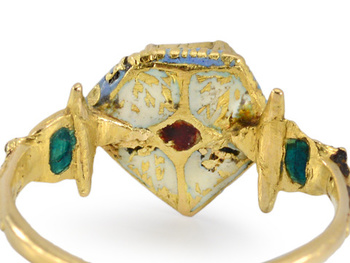 A rare, 22k yellow gold ring from the 1500s is punctuated on top and back (as was customary for the time) with enamels of grey blue, black, maroon, green and white. It integrates a table cut (faceted with a flat top and just five simple slim polished edges) rock crystal, set closed back and foiled.

The crystal is set into a deep cinquefoil (five-sided) bezel with sides ornamented with indented cusps.

The evolution of this bezel comes from what is often referred to as a “pie dish” bezel which entirely encased a stone in unadorned metal with only the top of the gem being visible.

Also typical of the period, the shoulders are strongly emphasized with volutes and sculptural details as well as enameled. During a number of centuries, rock crystal was sometimes used in place of the very scarce diamond. While diamonds existed, they were exceedingly rare as most large diamond mines were not discovered until the 1800s.

For its age, the condition is quite remarkable with the ring being entirely intact and with a good deal of enamel remaining.