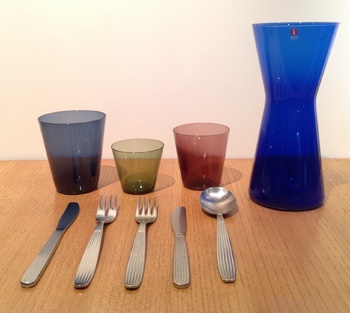 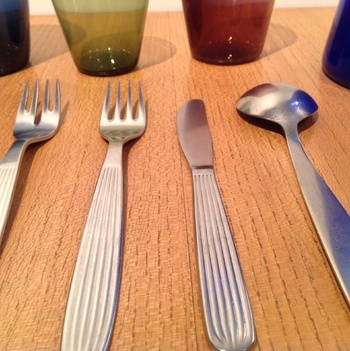 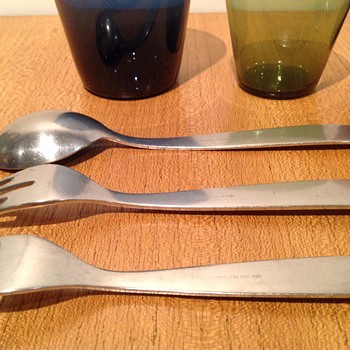 Tuesday is oppie day a twenty minute walk away from home. New items come out each Tuesday only. Yesterday I arrived late as usual but no-one had seen the cutlery in a cane box. I had a look at them and recognised the pattern. I checked with my loupe and saw the Hackman signature .... 49 pieces of Scandia were finally mine. They are similar in design to a Swedish set that I use each day but these were designed by Kaj Franck c.1952.

Kaj Gabriel Franck (1911-1988) was one of the greats of Finnish design during the Post-War period.

Hackman has a long history in Finland going back to 1790 as a trading company and later as a sawmill, a flourmill and a brick factory. By the 1890's they had moved into cutlery production. They introduced stainless steel in the 1920's and diversified into kitchen accessories in the 1950's with designs by famous designers like Kaj Franck, Bertel Gardberg and Adolf Babel that made the plant the flagship of Nordic cutlery design.