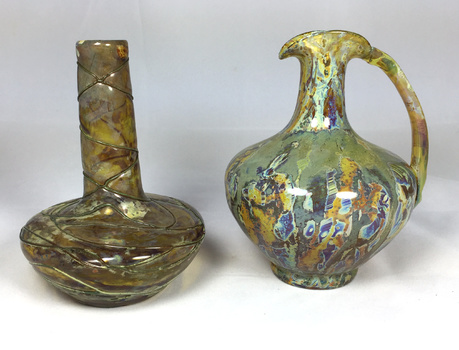 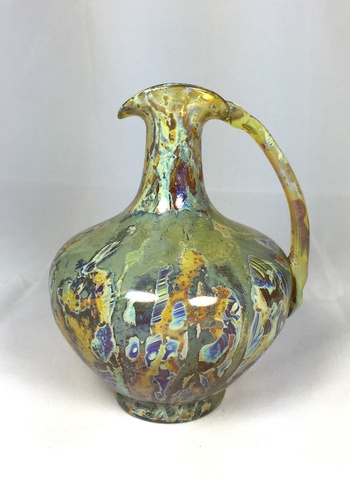 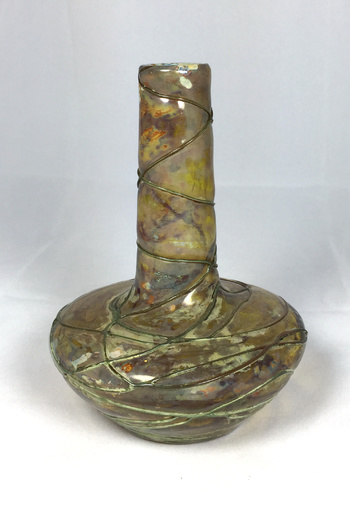 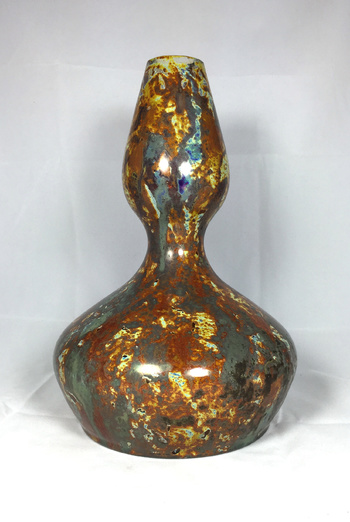 A couple of very hard to find Josef Knizek pieces of glass called "Pandora" Glass, designed by Maximilian Boudnik at the Antonienhütte glass factory at Ullersdorf (near Teplitz). Circa 1900-1910. An interesting technique of colorless glass covered with metallic reduced enamels in earth tones designed to resemble ancient pieces of Roman glass. This technique was created by Maximilian Boudnik. They have a fire polished rim with a ground and polished pontil. Both pieces are approximately 5" tall.

For reference, photo #4 shows a massive vase (10" tall) that is often mistaken for Knizek glass. At first I thought it is modern production by Tadeusz Wrzesniak Glassworks of Poland called "Mimosa" glass, but Warren Gallé pointed out that the shape was Poschinger. The production of both glasses is very similar to Knizek. This piece has a cut rim and no pontil.