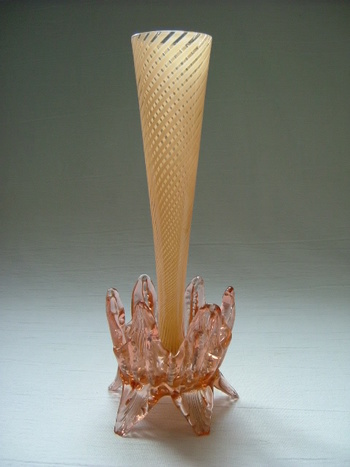 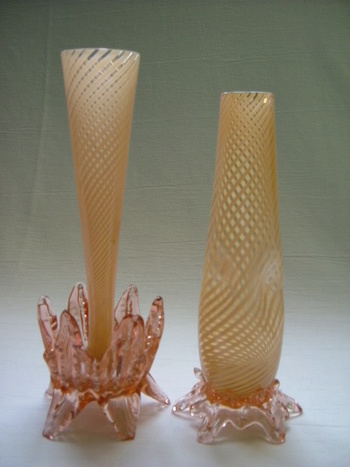 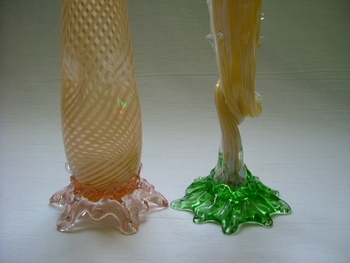 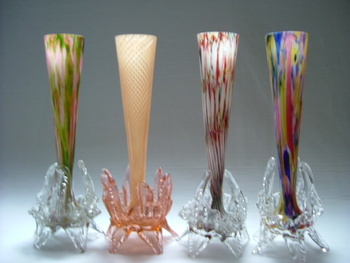 This is a post script to the previous posts with the same title. This vase however is Welz as is evident from picture four where you see it with others of the same shape but in different Welz décors. This one however does have six upward 'growing' leaves rather than the more usual three.

The second vase in picture two is the same décor but previously unidentified. In picture three you see it beside a Welz, yellow/white spatter thorn vase. The feet are of the same design but not identical as they are made by hand. However due to these facts I think that the dimpled second vase may also be Welz.